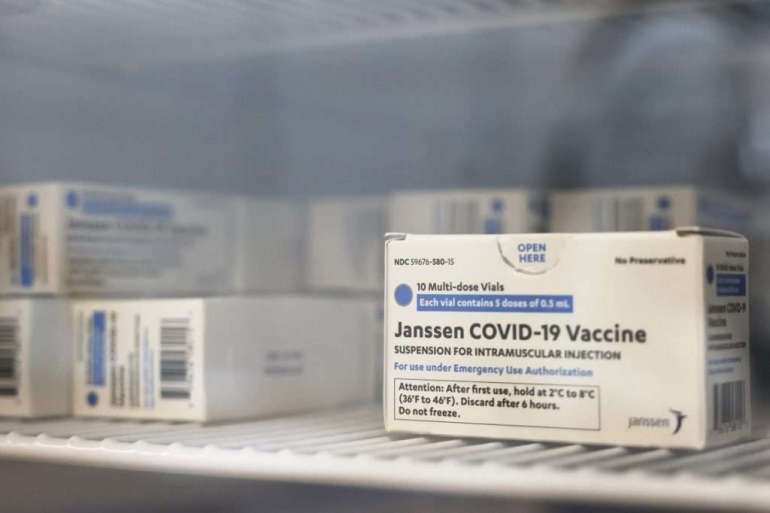 “I am concerned about the potential hesitancy that it may raise and we’ll work even harder to overcome whatever comes of [those] reservations,” said Sen. Richard Blumenthal (D-Conn.)

Sen. Chris Murphy (D-Conn.) acknowledged, “There’s a chilling effect so there’s no question that this doesn’t help our efforts to sell the efficacy of these vaccines” but said the White House has been consistent.

“Biden has been 100 percent clear from the beginning that he’s going to make decisions based on science and medicine, not politics,” said Murphy. “If the scientists at the FDA think there’s a reason to pause and take a look at this, he’s duty bound to follow their advice.”

But even as he savaged Biden’s domestic policy, Senate Minority Leader Mitch McConnell pulled his punches on Biden with regards to the vaccine. McConnell declined to criticize the decision-making by the administration and said “there are two other alternatives and I would encourage everybody to get vaccinated.”

Still, the J&J development left the White House facing second-guessing on multiple fronts. And it raised questions about whether the president and his team had been too bullish about the vaccine’s potential to help end the Covid fight.

Just a month ago, Biden announced plans to purchase another 100 million Johnson & Johnson vaccine doses by the end of the year, offering the possibility that they could eventually be used to vaccinate children or act as a booster to combat variants. But last week, the company experienced significant production issues at a Baltimore plant manufacturing the vaccine and the White House’s Covid response team warned that would mean a slowdown in output. On Tuesday, Anthony Fauci, Biden’s chief medical adviser, estimated it could take days to weeks before the J&J shots would be available again.

POLITICO’s Sarah Owermohle joins Dispatch to break down regulators’ decision to halt the J&J shots — and what it could mean for vaccine hesitancy.

Jeff Zients, coronavirus response coordinator, reinforced that the setbacks with J&J would not impact the overall vaccine supply, saying the White House has approached the pandemic like a wartime event and was working on multiple tracks to bulk up its stockpile of doses in anticipation of possible setbacks.

“We’re at war against the virus,” Zients said at a White House briefing Tuesday. “We’ve mobilized a wartime effort so that we’re prepared for a wide range of scenarios.”

Officials argued that the disruption by the FDA and CDC should strengthen their case on vaccine safety by showing they will take every precaution, even when the data shows adverse effects are extremely rare. In this case, there were six reported cases of rare blood clotting resulting from the J&J vaccine out of more than 6.8 million doses.