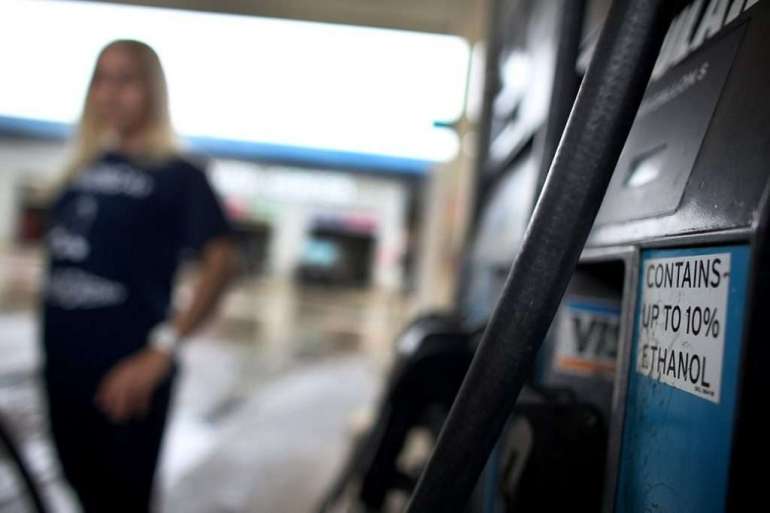 EPA finalized its rule extending the RVP waiver to E15 in June 2019, as well as making changes to the market for compliance credits for the Renewable Fuel Standard. The sale of E15 blends had previously been prohibited during the summer months in several states. The E15 rule made good on a repeated promise of former President Donald Trump to allow year-round sales amid pressure from farmers and ethanol backers.

The refiners on Tuesday argued before the court that EPA did not have the authority to determine E15 is substantially similar to E10.

“The rule should be vacated because it relies on an unreasonable interpretation of the statute’s volatility allowance for fuels containing gasoline and 10 percent ethanol,” said Kevin King, the attorney for the oil industry petitioners. “The rule interprets that clause as encompassing any blend with at least 10 percent ethanol, all the way up to 99.9 percent ethanol. EPA reads in the phrase ‘at least’ even though it’s not in the statute and that omission is important here.”

King added that the presence of that language elsewhere in the statute coupled with its absence in that particular portion “indicates that it’s unreasonable to read in the ‘at least’ modifier that the rule relies upon.” He said that because EPA stressed the statute does not say “no more than 10 percent ethanol,” it therefore should not be read as setting a ceiling. Instead, King argued, what EPA ignores is that the statute does not say “contain at least 10 percent ethanol.”

The panel of judges, however, expressed some skepticism to that argument Tuesday, posing questions on whether the ambiguity of the law leaves it open to EPA’s determination.

“You say EPA only emphasizes one and not the other missing modifier, but both were considered in the legislative process and both were dropped. So why shouldn’t we just look at that as a delegation to EPA consistent with other limitations in the statute to make the kind of determination that it makes?” said Judge Nina Pillard, an Obama appointee. King responded that Congress chose instead to adopt a specific requirement, which is containing gasoline and 10 percent ethanol.

“That’s your reading, that the sheering away of those two confines it to the number but it doesn’t say exactly, or precisely. So the question is, doesn’t that leave it somewhat open?” Pillard responded.

King, in response, said that it is “particularly powerful” that Congress intentionally omitted the modifiers in that one particular section, but not elsewhere. “More than that Congress departed from EPA regulations in important ways that narrow the scope of EPA’s discretion,” he added.

Perry Rosen, the Justice Department attorney for EPA in defending the Trump move, argued the language was written when there were not as many alternative fuel blends available in the marketplace. “We believe that the 10 percent just came out of … where things were at the time, that 10 percent is what EPA used [and] 10 percent was the only commercial ethanol product there was around,” Rosen said.

But the judges also expressed skepticism over the agency’s authority to extend the waiver beyond E10 to E15.

Rosen compared the rule to a statute that required for a piece of jewelry to contain 10 percent gold to be called gold-plated, even if it contained 20 percent gold. “That statute would be interpreted as at least 10 percent,” Rosen said.

But Judge Robert Wilkins, an Obama appointee, responded that when something says that it contains a specific percentage, especially when it pertains to chemicals, it means a specific amount. “I don’t see any ambiguity here,” he said.

Rosen responded that it came down to the intent of Congress, or else there would be potential to put forth a rule that whenever a number is used without a qualifier, it can encompass no other numbers.

Rosen also argued that where there is ambiguity, the so-called Chevron doctrine — which calls for deferring to reasonable agency decisions when the underlying statute is vague — allows for EPA to go back and take another look at the statute.

“My concern is simply how are courts — much less the agencies — to know what words mean if Congress says 10 but the agency says, ‘Don’t worry about it, 15’s OK,'” said Judge Judith Rogers, a Clinton appointee. “I just wonder what the principles are that we are laying down.”

“Words either mean something or they don’t, even if the agency wants to achieve a wonderful result,” she added. “I think that’s what I’m trying to understand about this case.”

Ethanol groups also intervened on behalf of EPA, and Ethan Shenkman, who represented those groups, said EPA’s interpretation of setting a minimum threshold of 10 percent is supported by the “ordinary usage of the word ‘contains.'” He cited an FDA regulation requiring fruit juice that is labeled as containing 10 percent juice as being required to contain at least 10 percent juice.

“It’s not a recipe, it’s a gatekeeper,” Shenkman said.