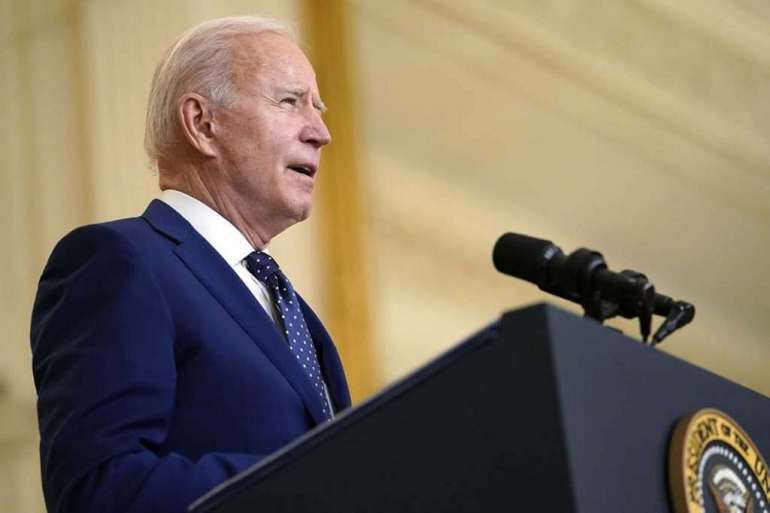 Presidential addresses to a joint session of Congress are a historic tradition, but Democrats are particularly excited this spring after four years of gritting their teeth while former President Donald Trump delivered speeches — and bombastic broadsides — beneath the dome. (Some boycotted Trump’s State of the Union addresses altogether.)

When Biden finally makes his debut later this month, the inability for every lawmaker to experience the action in person could cause sore feelings inside the Democratic caucus. Some members make a big deal out of presidential addresses; Rep. Sheila Jackson Lee (D-Texas), for one, has been known to arrive early to the State of the Union in order to lock down prime real estate along the center aisle of the House chamber.

“I don’t blame them for being disappointed. But given the medical constraints, and the concerns about the president, and given the size of the chamber, you have no choice,” House Majority Leader Steny Hoyer said in a brief interview.

Jackson Lee told POLITICO that “all of us have expressed our interest” about attending the event, though it’s unclear whether she’ll be able to nab her usual front-and-center spot.

“We’ll be adhering to whatever the instructions are,” she said. “It will be musical chairs.”

While seats are in high demand for Democrats, many House Republicans plan to make things easier by not showing up. The House GOP Conference is holding back-to-back retreats in Florida, with some members planning to just stay for the whole week rather than trek back to Washington for Biden’s speech. The House is scheduled to be out of session that week — timing that already limits the number of lawmakers who will be in Washington.

Still, some Republicans said they hope to go on April 28. That includes Rep. Tom Cole, a senior Republican who works with Democrats on spending bills and said he would attend if he could get a ticket.

“I’d love to go, but it’s going to be limited. It’s actually on my birthday, so it’d be very nice to go. It’s always an honor to be invited to anything of the president’s,” the genial Oklahoman said.

House Minority Leader Kevin McCarthy — who hasn’t spoken to Biden since the inauguration — also said he plans to attend the speech. And other GOP lawmakers who said they hoped to go too lamented the strict attendance limits, noting that a majority of Congress is now vaccinated.

“I think it’s a great disservice to the American people,” said freshman Rep. Nancy Mace (R-S.C.). “It’s a big deal for anyone in the White House, regardless of party affiliation. … The best thing you can do is to do that together, and do it while Congress is in session.”

“It’s a tradition that should be honored no matter who is in charge,” she added.

Typically, a president’s joint address to Congress is a formal affair with plenty of pomp and hoopla. Supreme Court justices and Cabinet officials parade through Statuary Hall into the House chamber, followed by members of the Senate and House, as flashbulbs pop and reporters toss out questions.

This year it’s still unclear how tickets will be distributed, and details are currently being worked out. But lawmakers expect that, at a minimum, members of leadership from both parties and chambers will get first dibs. Some members predicted that chairs and ranking members of committees would also score an invite; one lawmaker mused that perhaps names would get pulled out of a hat to set the rest of the guest list.

“The speaker is thrilled to host the president for his first speech in office,” Pelosi deputy chief of staff Drew Hammill said in an statement.

Limited seating won’t be the only twist to this year’s address. Lawmakers will not be able to bring guests, a practice that members have long used to make political statements or, in some cases, pull stunts. Every attendee will also be required to wear masks on the floor.

Security will also be especially tight in the wake of several deadly incidents on the Hill this year. Biden’s speech has been designated as a “national security” event, meaning the Secret Service will be in charge of coordinating security as opposed to Capitol officials alone. And Speaker Nancy Pelosi erected magnetometers outside the House chamber doors in response to the deadly Jan. 6 riot.

“I’m not worried about that,” said Rep. Tim Ryan (D-Ohio), whose committee oversees Capitol security funding, when asked about potential safety concerns ahead of the high-profile address.

The smaller scope hasn’t done much to dampen the buzz around the speech. While Biden has appeared online at Democratic events and hauled in smaller groups of lawmakers to the White House, April 28 will be the first real opportunity for most members to see Biden in the flesh since he took over the Oval Office.

While some Democrats may find themselves disappointed if they don’t make the cut for tickets, they also understand why the pandemic-related precautions are still in place. They’re hopeful that things will be back to normal by next year’s State of the Union.

“It’s a difficult situation,” said Rep. Dan Kildee (D-Mich.). But “I’m glad it’s happening. This is just one of those times: We’re dealing with this reality. None of us are taking it too personally.”

Some members used the situation to show the tough pandemic year hasn’t bruised their senses of humor. Joked Rep. David Cicilline (D-R.I.): “If it’s based on merit, I’ll clearly get one.”

Rep. Abigail Spanberger (D-Va.) said she’ll just be grateful to witness the speech — no matter where she’s viewing it from.

“I am super excited to watch it,” she said, “and if that’s on my couch sitting next to my kids, I look forward to that.”