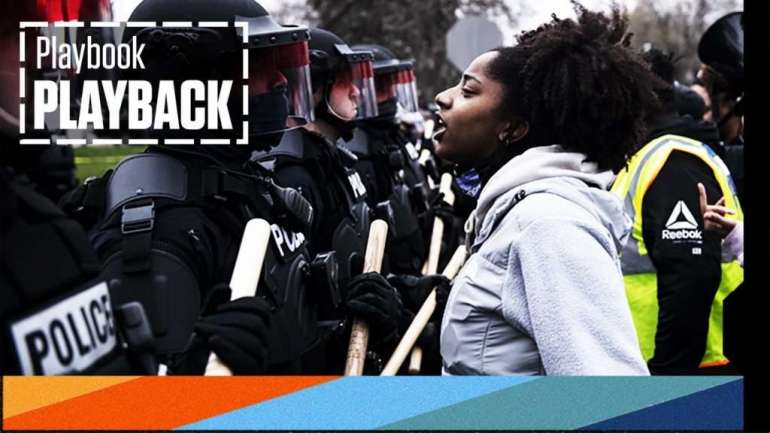 Testimony ended Thursday in the murder trial of former Minneapolis police officer DEREK CHAUVIN, and lawmakers find themselves in a very familiar bind — how to address the issue of racism in America. On Tuesday, President Joe Biden was asked about the protests over DAUNTE WRIGHT’S shooting. The next day, Sen. MAZIE HIRONO (D-Hawaii) opened up about the fear she feels as an AAPI woman. As they watch this week’s top news videos, EUGENE shares his own fear of law enforcement with TARA, and they discuss how white privilege can completely change your feelings toward cops.

Watch all the individual clips that Eugene and Tara get into in this week’s edition of Playback:

During a press conference for legislation to address the spike in anti-Asian hate crimes, Sen. Mazie Hirono got personal about her own experiences as an AAPI woman.