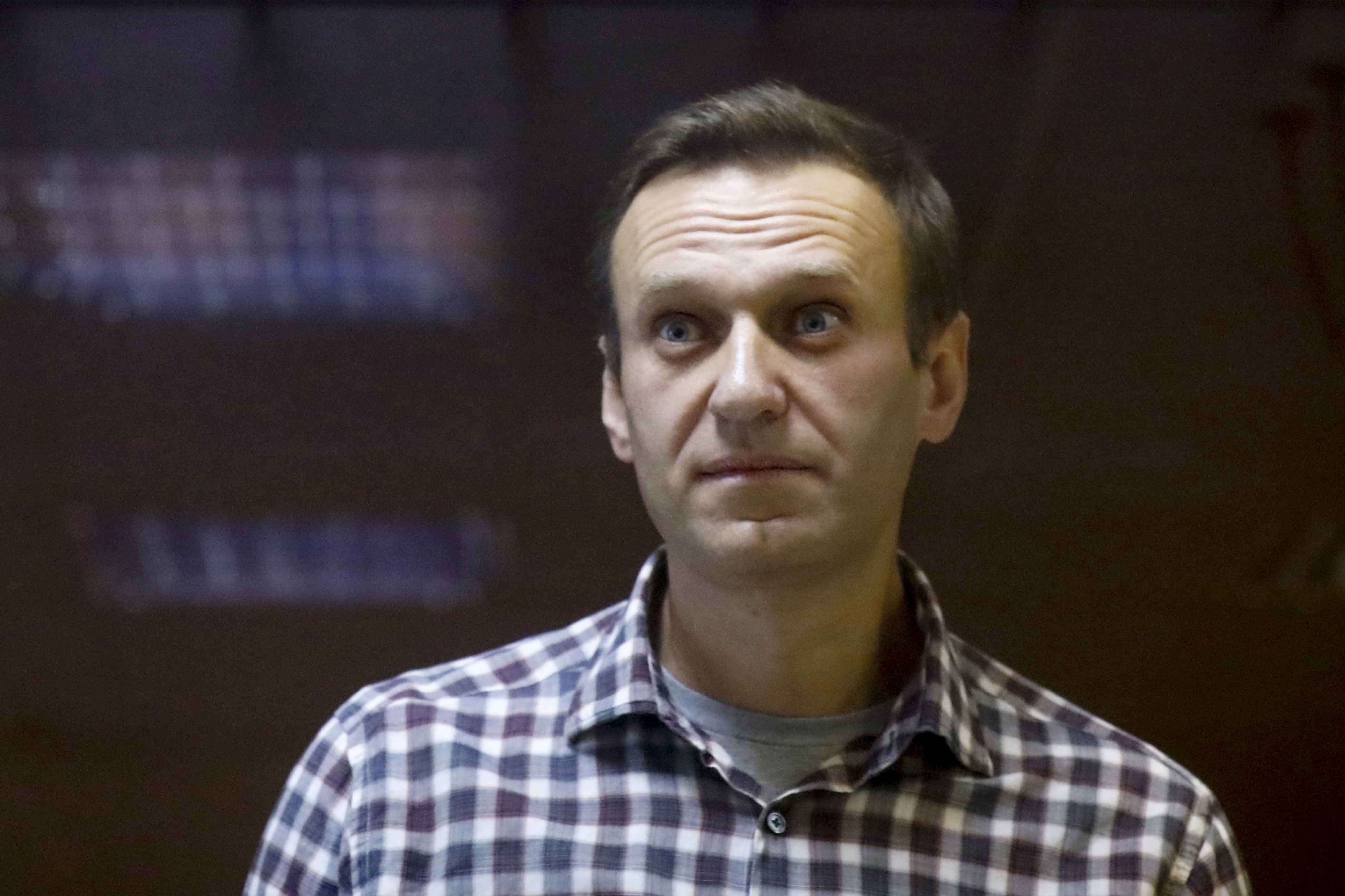 But the opposition leader’s physician, Dr. Yaroslav Ashikhmin, said Saturday that test results provided by the family show Navalny has sharply elevated levels of potassium, which can bring on cardiac arrest, and heightened creatinine levels that indicate impaired kidneys.

Reports about Navalny’s rapidly declining health elicited international outrage and calls urging Russian authorities to provide the politician with adequate medical help. European Union foreign ministers were assessing the bloc’s strategy toward Russia on Monday in wake of the news about his health.

Navalny, President Vladimir Putin’s fiercest opponent, was arrested in January upon his return from Germany, where he had spent five months recovering from a nerve agent poisoning he blames on the Kremlin — accusations Russian officials have rejected. Navalny’s arrest triggered a massive wave of protests all across Russia, the biggest show of defiance in recent years. Soon after, a court ordered him to serve 2 1/2 years in prison on a 2014 embezzlement conviction that the European Court of Human Rights deemed to be “arbitrary and manifestly unreasonable.”

Navalny went on hunger strike in prison to protest the refusal to let his doctors visit when he began experiencing severe back pain and a loss of feeling in his legs. Russia’s state penitentiary service has said that Navalny was receiving all the medical help he needs.

In response to the alarming news about Navalny’s health this weekend, his team has called for a nationwide rally on Wednesday, the same day that Putin is scheduled to deliver his annual state of the nation address. According to a website dedicated to the protests, as of Monday afternoon demonstrations were being planned in 77 Russian cities.

The Interior Ministry on Monday issued a statement urging Russians not to take part in unauthorized rallies, citing coronavirus risks and alleging that some “destructive-minded” participants might provoke unrest. Kremlin spokesman Dmitry Peskov said that police will treat any unauthorized protests as illegal. In the past, security forces have violently broken up demonstrations.

Already, Russian authorities have taken their crackdown on Navalny’s allies and supporters to a new level, with the Moscow prosecutor’s office last week petitioning a court to label as extremist groups Navalny’s Foundation for Fighting Corruption and his network of regional offices.

According to human rights advocates, if it happens, both the foundation and the regional offices would be outlawed, paralyzing their operations, and those who work for either could be prosecuted. Donating money to either of the two — something thousands of Russians have been doing regularly in recent years — would also become a criminal offense punishable by a prison term.

For now, several Navalny allies have dismissed the move to bring him to the prison hospital as insufficient. Navalny’s top strategist, Leonid Volkov, said no one should assume it was even happening until the opposition leader’s lawyers confirm it. “Until the lawyers locate him, we won’t know where he is and what is up with him,” Volkov wrote in a Facebook post.

One of the lawyers arrived at the prison where Navalny was supposed to be brought on Monday afternoon but has yet to see the politician, Volkov said.

Ivan Zhdanov, the head of the Foundation for Fighting Corruption, tweeted Monday that the transfer would take the politician merely to another “tormenting colony, just with a big in-patient facility, where gravely ill are being transferred.”

Dr. Anastasia Vasilyeva, head of the Navalny-backed Alliance of Doctors union and also the politician’s personal physician, noted that it was “not a hospital where a diagnosis can be determined and treatment (can be) prescribed for his ailments,” but rather “a prison where tuberculosis is being treated.”

She again called for the prison to let her and other physicians see him.

Since last month, the politician has been serving his sentence in a penal colony notorious for its harsh conditions.

Navalny has complained about being sleep-deprived because guards conduct hourly checks on him at night, and said he developed severe back pain and numbness in his legs within weeks of being transferred to the colony. His demands for a visit from an independent “civilian” physician were rebuffed by prison officials, and he went on hunger strike on March 31.

In a message from prison on Friday, Navalny said prison officials threatened to force-feed him “imminently,” using “straitjacket and other pleasures.”

On Monday, Council of Europe Commissioner for Human Rights, Dunja Mijatović, reiterated her calls for Navalny’s release and to “give him full access to medical care in light of his serious health deterioration.”