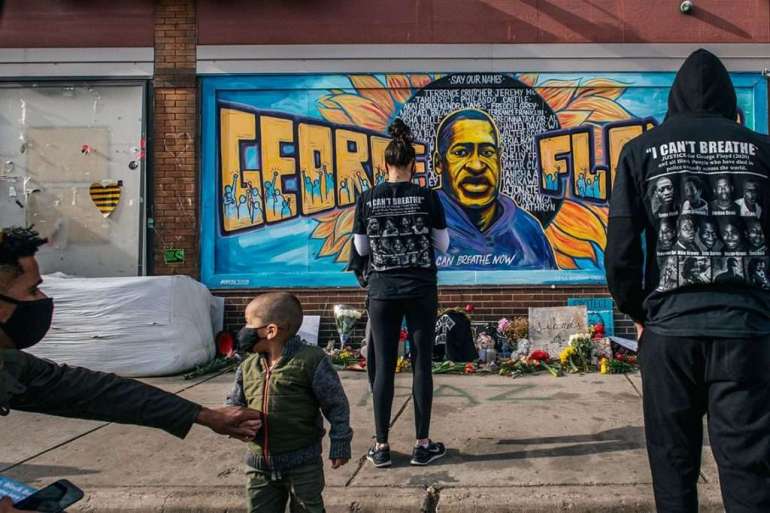 A 77-year-old white president who, on the campaign trail was skewered for being hopelessly out of touch when it comes to race, hailed the verdict as a triumph of racial justice. And in the immediate aftermath of that verdict, he made promises to the Black community — and directly to the family of George Floyd — that a change was gonna come.

For a country roiled by a pandemic, a year of protests, a bitter presidential campaign colored by ugly racial invective and a failed insurrection, the verdict felt, for many, something like relief.

But even with the conviction of former Minneapolis police officer Derek Chauvin, there were pointed reminders that one case does not equal systemic change.

On the one hand, the guilty verdict in one of the most closely-watched trials of police brutality is a win for Minnesota Attorney General Keith Ellison and his team of prosecutors. It’s also a win for progressives and grassroots activists who kept Floyd’s name in the forefront of America’s consciousness through protest rallies, through speeches and on social media.

And without a doubt, Chauvin’s guilty verdict gives hope to those convinced the justice system is rigged against Black men like George Floyd, whose death by asphyxiation was captured on cell phone video for nearly 10 agonizing minutes.

The mounting evidence against Chauvin even seemed to push some conservatives to acknowledge that the 19-year veteran Minneapolis officer was not someone who should be shown deference.

“Even if you ‘back the blue,’ Chauvin ain’t it,” according to the Twitter account for the Utah Tea Party. “Long history of complaints and abuses before the death of George Floyd.”

But even amid the celebratory mood, there was a note of caution, a feeling like this was just one victory in a very long battle for equal justice. And there was worry that this would be a case of one and done, that one guilty verdict of one white police officer would be used as an example that the system was working — and not in need of a massive overhaul.

Ellison hinted as much in his post-election news conference. While praising the jury for its decision in the Chauvin case, he said the verdict was not enough to bring justice to so many other Black men and women who were killed or seriously injured during encounters with police.

“This has to end,” Ellison said. “We need true justice … a social transformation that says that nobody was beneath the law and nobody is above it. This verdict reminds us we must make enduring systemic. Societal change.”

“True justice requires that we come to terms with the fact that Black Americans are treated differently, every day,” said the nation’s first Black president. “It requires us to recognize that millions of our friends, family and fellow citizens live in fear that their next encounter with law enforcement could be their last.”

President Joe Biden, in a call to Floyd’s family immediately after the verdict, seized the moment, sounding emotional as he reminded them how Floyd’s young daughter, Gianna declared that her “daddy changed the world.”

“We’re going to start to change it now,” Biden said. “I wish I was there to put my arms around you.”

Guilty on all three counts. But is it justice? POLITICO’s Brakkton Booker breaks down why activists say yesterday’s verdict is only the beginning.

“America, let’s pause for a moment”

Immediately after the verdict, Rev. Al Sharpton held a press conference with the Floyd family and their attorney Benjamin Crump, who’s been dubbed, “Black America’s Attorney General.” The mood: Triumphant. Jubilant, even.

But watching the trial itself was anything but jubilant. Watching the trial was trauma. Again and again, those tuning in were forced to watch the last minutes of George Floyd’s life, as he begged for air, for relief, for his mama. Though many Black men and women have died at the hands of police before him and since him, his case felt… different.

That footage was played and replayed from countless angles throughout the trial. From different vantage points in gavel-to-gavel televised coverage.

From the outset, the Chauvin case has been about race. And whether Black and Brown communities that come into contact with the U.S. criminal justice system are treated fairly under the law.

This trial provided an unvarnished look at how excessive force by police is carried out in real-time, particularly when a suspect is a Black man. The presumption by law enforcement was not innocent until proven guilty, but rather guilty upon sight and overtly menacing. A threat.

The prosecutors walked the jury through the by-now familiar details of Floyd’s murder: Police were called to the scene of the Cup Foods in South Minneapolis at the corner of Chicago Ave. and 38th street.

Floyd, the police alleged, had tried to purchase cigarettes with a fake $20. Chauvin’s defense team described it as a “high crime” to the jury.

And Floyd ultimately paid for it with his life.

But someone had the presence of mind to capture Chauvin digging his knee into Floyd’s neck. And this time, around the world, protestors of all races took to the streets demanding justice.

That constant drumbeat of protests galvanized federal lawmakers to pass a sweeping federal police reform bill in March. They named it after George Floyd.

The measure would outlaw racial and religious profiling by law enforcement and bans chokeholds by federal officers. It was barely a bipartisan effort — just one House Republican crossed the party lines to get it passed.

Tuesday’s guilty verdict puts more pressure on the Senate to take up the legislation, which has been stalled for weeks. It’s been reported that talks remain ongoing between a handful of senators, including Cory Booker (D-N.J.) and Tim Scott (R-S.C.) to see if a framework agreement can be reached on a measure.

House Speaker Nancy Pelosi, in the wake of the verdict, seemed aware of the potential political implications of the verdict, awkwardly likening Floyd to a martyr in a press conference with the Congressional Black Caucus:

“Thank you George Floyd for sacrificing your life for justice,” she said. “Because of you and because of thousands, millions of people around the world who came out for justice, your name will always be synonymous for justice.”

As for Biden, getting out ahead of the verdict likely gave him a boost from the activist community.

Earlier Tuesday while meeting with members of the Congressional Hispanic Caucus, the president told reporters: “I’m praying that the verdict is the right verdict, which I think, it’s overwhelming in my view.” Later, addressing the nation, he said, it took herculean efforts “for the justice system to deliver just basic accountability.”

But even in the weeks of the trial, people, most of them people of color, continued to die at the hands of police, from Daunte Wright just a few miles outside the Hennepin County courtroom where the jury determined Chauvin’s fate, to 13-year-old Adam Toledo in Chicago.

Arthur Rizer, a both a retired federal prosecutor and former police officer, said the Chauvin trial was unique in one notable — and very important way: So many officers testified against their former colleague.

He adds there’s got to be an end to policing culture that encourages officers, like Chauvin, to believe that there are no limits to the exercise of their discretion.

“I’m hoping this is a turning point.”

Or perhaps not. Tuesday afternoon, just before the jury rendered its verdict in the Chauvin trial, some 750 miles east in Columbus, Ohio, police shot and killed a 15-year-old girl. Her aunt told the Columbus Dispatch that her niece was holding a knife to defend herself in a fight and she’d called police for help. She said the girl dropped the knife when she saw police.

She was shot four times.

Her name was Makiyah Bryant.