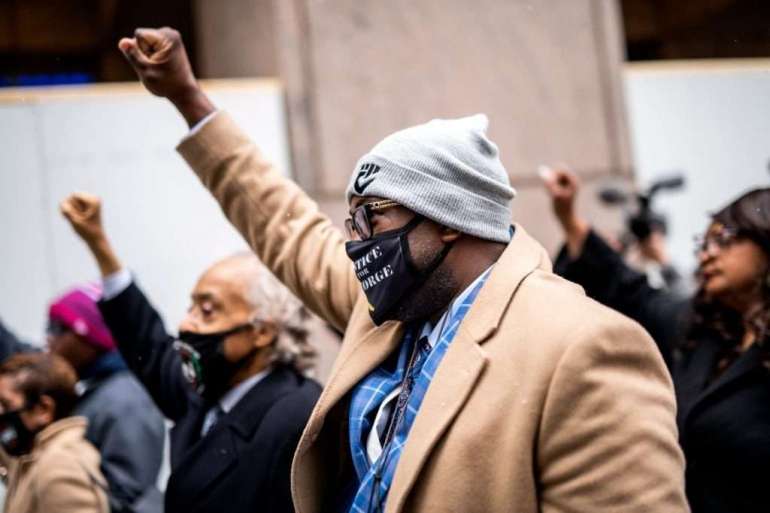 The killing of Floyd set off a nationwide reckoning on race and sparked ongoing calls for police reform.

At a news conference after Chauvin was convicted, several members of Floyd’s family celebrated the verdict — expressing relief at the outcome — and echoed calls for police reform “to make sure not another family has to suffer what we suffered.”

Terrence Floyd, George Floyd’s brother, called the trial’s outcome “monumental,” adding that he’s grateful his family “got to see this history made.”

“I’m going to miss him, but now I know he’s in history. What a day to be a Floyd, man,” Terrence Floyd said.

But the family also stressed that Tuesday’s verdict does not mean the fight for reform is over. Several family members called Congress to pass the George Floyd Justice in Policing Act and said they’ll continue to fight for justice for victims of police violence.

“We need each and every officer to be held accountable. Until then, it’s still scary to be a Black man or woman in America encountering police,” said Brandon Williams, George Floyd’s nephew. “So when I say today is a pivotal moment, it’s a time for America to take the turn in the right direction and right a lot of wrongs so we don’t keep adding to these names.”

Following the news conference, Philonise Floyd told CNN that though people are celebrating Tuesday, it would be “back to business” come Wednesday.

“We all need justice. We are all fighting for one reason and it is justice for all. And I think today has been an occasion where people can celebrate but tomorrow is back to business because we have to stay steps ahead of everything,” he said.

President Joe Biden, who earlier Tuesday said he was “praying” for a guilty verdict in the trial, spoke to the Floyd family over the phone following Chauvin’s conviction, telling them he wished he was there “to put my arms around you.”

“Nothing is going to make it all better but at least now there is some justice,” Biden told the family.

Chauvin will be sentenced in eight weeks and faces up to 40 years in prison.