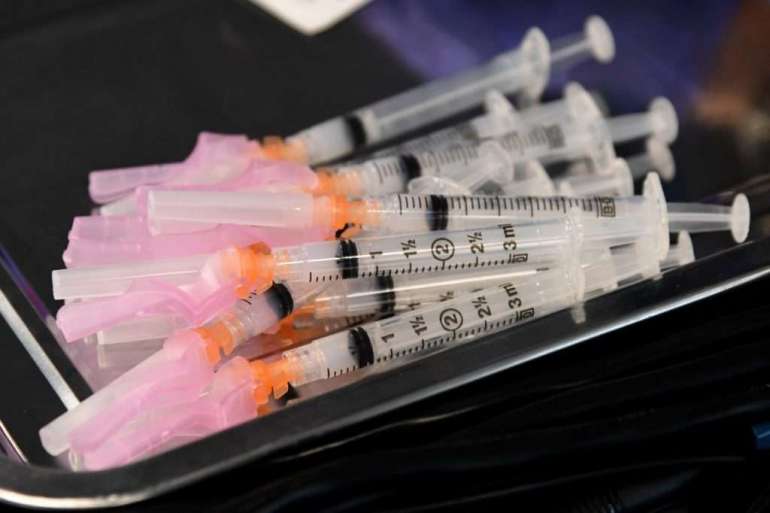 The challenge comes at a crucial point in the pandemic with more contagious variants surging across the country and crisis fatigue combining with misinformation to harden resistance among the holdouts. Governors say they need more help from the Biden administration to reach the vaccine hesitant. But in most cases, state officials aren’t waiting.

“We’re trying to really meet people where they’re at — and that may be [a] physical location, it may be just making sure their questions are answered,” said Anne Zink, Alaska’s chief medical officer.

The Biden administration touts the $3 billion it has already invested in addressing vaccine hesitancy and its new volunteer corps charged with helping boost vaccine confidence, but governors, senators and public health experts contend that the White House can’t rely on the same strategy it used when supply was constrained.

After steadily increasing for three months, the pace of vaccinations has flattened at around 3 million a day, and the national total obscures pockets of the country like New Hampshire, North Dakota and Virginia that have more open appointment slots than they’ve yet experienced. Several states are now administering fewer 75 percent of the doses they receive, according to the Centers for Disease Control and Prevention.

A recent report from the federal health department’s assistant secretary for planning and evaluation found that more than 25 percent of people across Mississippi, Montana, North Dakota and Wyoming expressed reservations about being vaccinated. Roughly 16 percent of all American adults are hesitant to get a coronavirus vaccine, according to a recent Census Bureau report.

Officials in Mercer County, Ohio, and Albany, Georgia, have scuttled mass vaccination sites because there isn’t enough demand. New York City, where residents can now get vaccinated beneath a giant blue whale at the American Museum of Natural History, has seen a marked decline in demand, Mayor Bill de Blasio said.

Tester said trusted members of the community will have to play a leading role in winning over the unvaccinated, but added he’d also like the CDC to more explicitly link vaccines to a return to normal life.

With the exception of the Washington, D.C. suburbs and Richmond, demand in Virginia has precipitously declined since the state made all adult residents eligible for shots, said Danny Avula, the state vaccine coordinator.

“We’ve hit this demand wall,” he said. “We’ve reached a point where our efforts and strategies are going to need to change.”

The state plans to allocate more vaccines to primary care providers, a move Sununu also touted, as surveys have shown many people are more likely to be persuaded by their own physician.

The Biden administration says it has been aggressive and nimble in targeting vaccine hesitancy. Earlier this month, it christened the Covid-19 Community Corps to preach the safety and efficacy of vaccines. The all-volunteer group is supposed to amplify the government’s vaccine messaging within their own communities, and lead on-the-ground efforts to combat skepticism and misinformation.

“We continue to expand our infrastructure to conduct targeted outreach based in data and research to focus on increasing uptake in communities — most importantly, relying on local trusted voices and messengers who Americans listen to,” a Department of Health and Human Services spokesperson said in a statement.

But with demand ebbing in so many states, some say the efforts need to be expanded.

“As long as there are places with more supply than demand, then there is more work to be done on demand,” said Marc Lipsitch, a Harvard epidemiologist. “If a strategy is only sort of working, which I think is the case, we could do better by experimenting with different approaches.”

The problem goes beyond the conspiracy theorists and anti-vaccine crusaders. There are millions of Americans without the ability or the motivation to get vaccinated. Multiple state officials said the focus now is meeting people where they are.

In North Dakota, the state is partnering with employers to bring the vaccine to workplaces, the way many companies do with the flu shot.

“We have more than enough supply, and not enough demand,” said Molly Howell, the state immunization program manager. Last week was the first time the state didn’t order all the doses the federal government has made available, amounting to 18,150 unneeded shots.

In Louisiana, state health officials are aiming for smaller scale events in neighborhoods, churches and community centers — “places that people feel comfortable,” said Joseph Kanter, the state’s health officer. That includes the Dragon’s Den, outside of the French Quarter in New Orleans, where a mobile vaccination station dispensed Johnson & Johnson vaccine to customers who could then go inside for a different kind of shot.

Officials in Alaska are devising new ways of boosting vaccine confidence. The state has a Physician’s Bureau, a group of doctors that conducts a short PowerPoint presentation and answer questions at Rotary Club luncheons and PTA meetings. In Fairbanks, local health providers made videos explaining their decision to get vaccinated. And some areas are creating incentives, like in Juneau, where physicians chipped in to create a lottery with a cash prize for those who get vaccinated at large sites, Zink said.

“Every day that goes by that it’s not back on the market is a day more and more people lose confidence,” Sununu said. “And for those in the anti-vaccine world, all you have done is solidify that position.”

During a private call with governors on Tuesday, the Biden team pointed to polling that showed that the majority of Americans agreed with the CDC’s decision to suspend the J&J shot over concerns about links to rare blood clotting, but a poll released Tuesday by the de Beaumont Foundation found that 37 percent of voters said the safety concerns were reason enough to wait to be vaccinated.

Even as some parts of the country contend with a supply glut, there are other parts where demand remains high. But Andy Slavitt, a senior adviser to the White House’s Covid-19 team, said Monday there are no plans to change how the vaccine is distributed.

“Just because a state may be behind in their demand for vaccines … it does not mean that we think they should lose those doses and they should be automatically transferred somewhere else,” he said. “It just simply means that we and the state and county officials and local doctors need to work harder to listen to the local communities.”

Rep. Debbie Dingell (D-Mich.), whose state is the epicenter of the latest surge in cases, said that stance defies common sense.

“Long-term strategies require being fluid,” she said. “Basic economics is supply and demand and if there is a demand in one place and not another you move supply.”