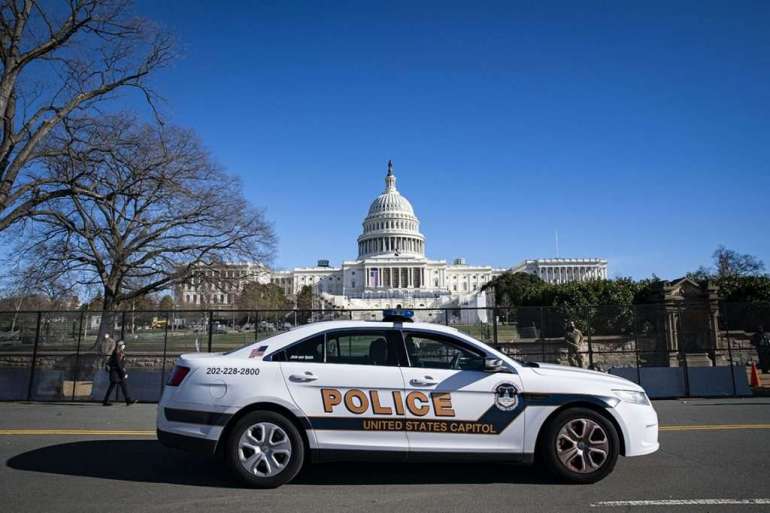 “The radio call has been misquoted and is lacking full and necessary context,” the department said in an unsigned statement.

According to the department, the official in question told others at 8:24 a.m.: “With regards to pedestrian traffic on – on the grounds today, we anticipate a – a large presence for pro-Trump participants. What we’re looking for is any anti-Trump counter protestors.”

“The radio call does not mean USCP was only looking out for anti-Trump counter protestors,” the department statement said. “The next radio transmission requests that officers be on the lookout for a pro-Trump protester carrying a possible weapon.”

The department’s statement indicated that the reason officers were told to look out for anti-Trump activists is that previous protests in D.C. featured violent clashes between pro- and anti-Trump demonstrators.

A Lofgren aide said that’s precisely the point: The department’s focus on potential street skirmishes that morning — despite clear indications and persuasive intelligence of right-wing violence aimed at Congress — underscores that the Capitol Police did not understand the gravity of the event that was about to unfold.

“Despite this and all the rhetoric online and coming from the ellipse, USCP supervisors on the morning of 1/6 were apparently still advising their front line officers to focus on and prioritize anti-Trump protestors,” the aide said.

In her initial characterization of the radio transmission, Lofgren said the Capitol Police official suggested that “All units on the field were not looking for any pro-trump in the crowd (and) were only looking for any [anti-Trump protester] who wants to start a fight.”

Lofgren, the chairwoman of the House Administration Committee, plays a key role overseeing the Capitol Police. She has previously raised concerns about allegations that some members of the Capitol Police appeared to clear the way for some pro-Trump rioters to enter the Capitol and in at least one instance took a selfie as some of them meandered through the halls. But she has also praised the bravery of the officers, dozens of whom were injured in hand-to-hand combat protecting lawmakers from the encroaching mob.