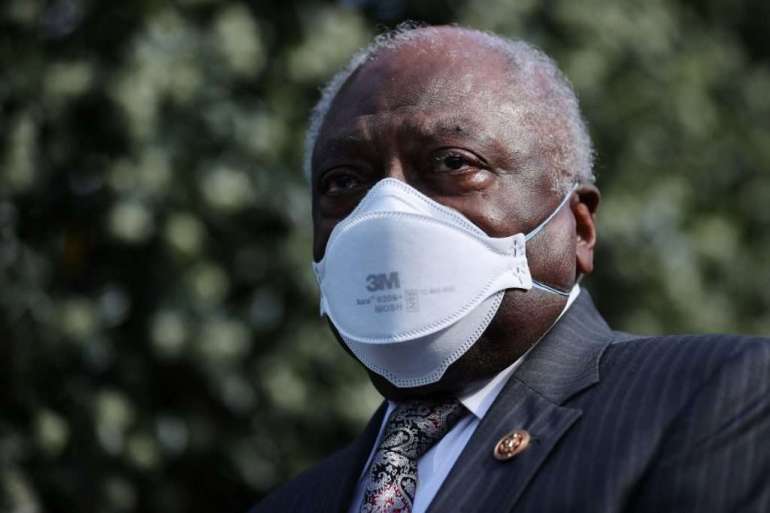 Multiple House Republicans have faced the $5,000 fine, including one GOP member who similarly exited the chamber to use the same nearby bathroom. If Clyburn is not ultimately fined, it could spark a major issue in the chamber as Republicans are likely to question why they faced fines but not Clyburn. House Republicans voted against the fines in February.

Clyburn entered the House floor on Tuesday through an entrance that faces the Capitol Rotunda. He was wanded by security, according to a source familiar with the matter, who noted that he then voted, before exiting through a different door to go to the bathroom that is outside of the House Speaker’s lobby. When he left the bathroom, Clyburn walked to his Capitol Police detail, who were speaking with the officer at the magnetometer in the Speaker’s Lobby. They went around the metal detector to return onto the House floor, the source said.

Clyburn did not refuse any orders, according to the source, and he had gone through security less than 10 minutes before returning to the chamber.

“Congressman Clyburn respects the rules of the chamber and he disputes the characterization of this incident,” a spokesperson for Clyburn said in a statement.

House Democrats, including Clyburn, voted in February to implement fines for members who evaded the metal detectors. A first-time violation is $5,000, deducted from a member’s salary, and a second violation is $10,000.

The details of Clyburn’s avoiding the detectors are similar to that of GOP Rep. Louie Gohmert (Texas), who had unsuccessfully sought to appeal the fine issued by Blodgett on Feb. 5. The House Ethics Committee in late March announced that a majority of the panel had ruled to uphold the fine levied against him.

“The officer said I needed to be wanded but since I had already been through the metal detector thoroughly and having never before been required to be wanded after already having entered the floor properly, I returned to the House floor to engage in my turn to debate the bill under consideration,” Gohmert wrote in his appeal, recounting his return to the House floor from the bathroom.

Gohmert, like Clyburn, went through security before exiting to go to the bathroom off the House floor.

“I did all of that to enter the House floor. Further, there was no notice of the change in the requirement that once all of the requirements were met and the House floor was entered, that I would have to be wanded when returning from the restroom mere feet from the Speaker’s Lobby where there were no metal detectors,” he argued.

On the same day as Clyburn’s incident, the House Ethics Committee announced that Rep. Hal Rogers (R-Ky.) would be fined a $5,000 fee for skipping “complete security screening” to get onto the House floor a week earlier.

According to the referral by the Capitol Police, Rogers set off the metal detector, but he kept walking into the chamber when an officer went to wand him, telling the officers: “Maybe later, I have to vote.” He later came back to complete the screening after he voted, asking the officer what he needed to do now. The officer told him he had to complete security screening before he voted, not after.