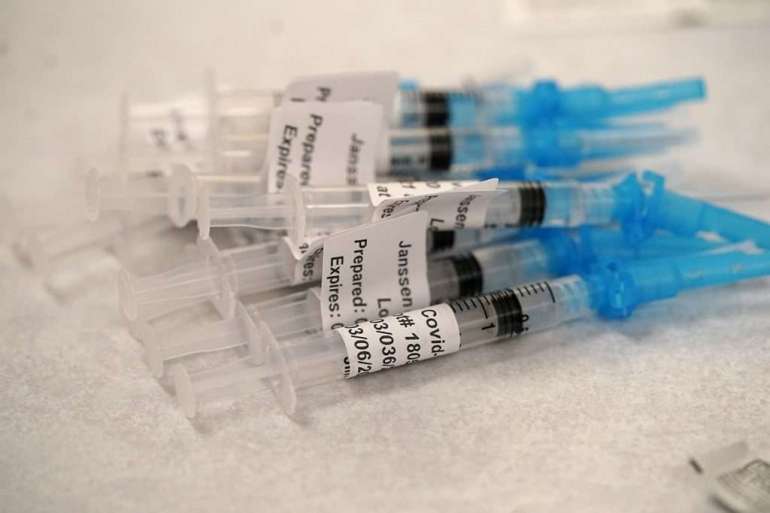 “The FDA and CDC have confidence that this vaccine is safe and effective in preventing COVID-19,” the agencies said in a press release adding that the clots are “very rare events.” Agency officials predicted that vaccinations with the J&J shot could begin as soon as Saturday.

“The science supports this news,” CDC Director Rochelle Walensky said during a press briefing Friday evening. She stressed that the two health agencies had not taken the decision lightly, and that Biden the administration worked overtime to ensure it gathered as much data as possible to understand the full scope of the clotting issue.

Walensky and acting FDA Commissioner Janet Woodcock both said that ending the pause showed that the federal government’s vaccine safety systems worked. Walensky said the administration used the temporary halt to inform doctors about how to treat the unusual clotting, which responds poorly to the blood thinner heparin, a standard treatment for blood clots. None of the people whose clotting cases were reported to the CDC after the pause started on April 13 had been treated with the drug, Walensky said.

The agencies’ decision came just hours after a CDC advisory panel voted 10-4 to recommend that use of the vaccine resume for adults 18 and over.

Even though the pause has been lifted, there are lingering concerns about how to effectively inform Americans, particularly younger women, about the potential risks to receiving the Covid-19 vaccine. Providers should ensure the potential risks of the vaccine are explained to people, Walensky said. “This risk trade-off is one that people have to individually measure for themselves,” she added. “We invite people to talk to their physicians.”

At least one major retail pharmacy chain, CVS, said Friday it plans to resume J&J vaccinations next week. “All warnings and precautions will be appropriately communicated throughout the vaccination process,” CVS spokesperson T.J. Crawford tweeted.

Federal health officials called for the pause after receiving a handful of reports of the blood clotting syndrome now known as thrombosis with thrombocytopenia. Fifteen women have been diagnosed with the condition; three have died and seven are hospitalized. They are among nearly 8 million Americans who have received the J&J shot since the FDA authorized its use in March.

At their meeting Friday, several members of the CDC advisory committee — which includes doctors, public health experts, state leaders and federal officials — said there are distinct logistical advantages to J&J’s shot that make it important for immunizing people who are hard to reach or skeptical. The vaccine is the only option available in the U.S. that is given as one shot, and it is easier than other Covid-19 vaccines to ship and store.

But others worried that a warning could put a burden on health care providers and patients themselves to understand the risks — and that in certain settings, like mass-vaccination sites, that could prove difficult.

Women under 50 appear to be at highest risk for the clotting syndrome, with seven cases per million doses of vaccine administered, according to information presented Friday by the CDC panel’s safety subgroup. The risk appears to be less than one in 7 million doses for men and women over 50.

The CDC advisory panel considered, but ultimately did not vote on, a recommendation to warn women under 50 of the potential risk of clotting coupled with low platelet levels.

A risk-benefit analysis conducted by agency staff found that as many as 26 cases of clotting could occur out of a projected 9.8 million J&J doses administered over the course of six months. The CDC said two of those cases could likely show up in people between ages 50 and 64, with 24 cases in those between 18 and 49.

The CDC also modeled how long it would take to vaccinate every adult American who still wants a shot, from Friday on. The agency found that vaccinating all willing adults would happen 14 days sooner if the country began giving out J&J shots at the same rate as it was before the pause.

European regulators were first to raise concerns about the J&J vaccine and clotting. The European Medicines Agency said Tuesday that it had identified a possible link, but the benefits of the shot outweighed the risks of its use. The EMA recommended that the European Union issue a general warning about clotting rather than restrict the vaccine’s use.

Biden officials in the CDC and the Food and Drug Administration then made the call to implement a pause in the shot to gather more data about the people who had developed the clotting, to identify additional cases, and to speak with health care providers about the best course of treatment. Officials were concerned about the severe blood clotting cases in part because the typical treatment for clotting — the blood thinner heparin — can make them worse.

Johnson & Johnson’s chief scientific officer, Paul Stoffels, said in a statement Friday that the company would continue to collaborate with regulators worldwide to further investigate the clotting issue.

“We are grateful to the Advisory Committee and its medical experts for the rigorous evaluation of our COVID-19 vaccine,” he said. “We will continue to collaborate with the CDC, FDA and health authorities around the world, including the European Medicines Agency and the World Health Organization, to ensure this very rare event can be identified early and treated effectively.”

Over the past week federal and state health officials have grown increasingly frustrated with the J&J pause, arguing that a prolonged halt would harm efforts to distribute Covid-19 vaccines to vulnerable populations, including the homebound and homeless. Last week, states did not receive any J&J vaccine allocations from the federal government, according to two state public health officials, and they are unsure whether they will receive any doses next week. To supplement the gap, the Biden administration has ramped up delivery of the Pfizer and Moderna vaccines.

Health experts continue to worry about the long-term impacts of the pause, particularly around vaccine hesitancy.

“I have been a little frustrated with the extension of the pause,” said Ashish Jha, dean of Brown University’s School of Public Health, referring to the CDC panel’s decision last week not to defer a recommendation on the shot. “It sends a global signal that somehow we’re keeping the good stuff for us and sending out everything else for other people. I don’t think that’s actually correct. I don’t think J&J is an inferior vaccine. And it makes global vaccinations so much harder because it leads into a narrative that will build vaccine hesitancy globally.”