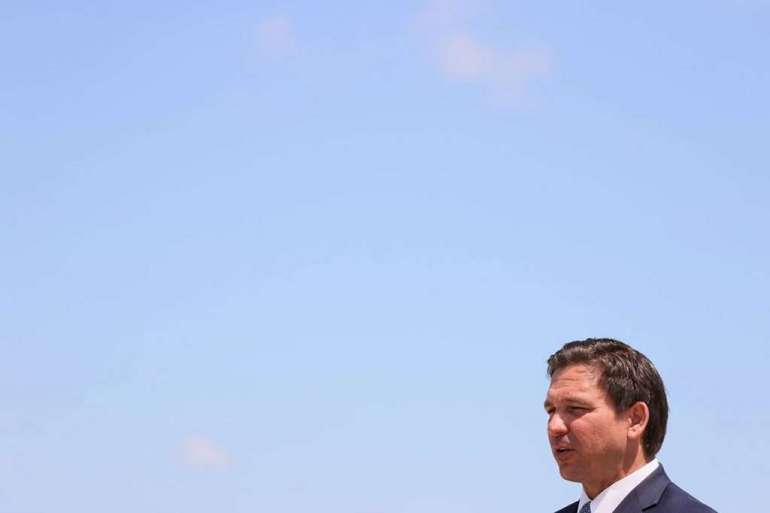 Spokespeople for DeSantis did not immediately respond to a request for comment on Trump’s remarks about the Republican governor of his adopted home state, which come as DeSantis has cultivated presidential speculation of his own. The praise for DeSantis also represents the latest public fissure in the once-airtight relationship between Trump and former Vice President Mike Pence.

Trump has repeatedly attacked Pence for not doing more to reverse the outcome of the 2020 election — a constitutional authority experts agree the vice president does not have — and even tweeted criticism of Pence as pro-Trump rioters stormed the Capitol on Jan. 6 and threatened his life.

Trump has not yet announced whether he will seek another term in 2024 but said on Thursday that he is “100 percent” considering a campaign. His indecision has temporarily frozen a Republican field of White House hopefuls fearful of moving against a former president who remains exceedingly popular with GOP voters.

Meanwhile, DeSantis’ star within the Republican Party has risen in recent weeks, with conservatives praising his aversion to coronavirus-related restrictions and Florida’s performance during the pandemic.

Hosting the annual Conservative Political Action Conference in Orlando in February, DeSantis described his state as an “oasis of freedom” and finished first in a straw poll of potential 2024 Republican presidential candidates that did not include Trump.

DeSantis garnered greater media attention earlier this month for forcefully rebuking an uneven “60 Minutes” report that detailed allegations of favoritism by the governor’s office and a potential “pay to play” scheme amid Florida’s vaccine rollout.

Denting Republicans’ perception of Florida as a coronavirus success story, however, DeSantis was forced on Tuesday to again extend a state of emergency for another 60 days, even as some other states have been rolling back such orders.

DeSantis has remained coy about his presidential ambitions and insisted he is focused on his 2022 reelection race. Republican donors have flocked to the governor as the party seeks to navigate its post-Trump future, with DeSantis raking in more than $11.3 million since restarting his fundraising efforts in October — which were halted at the beginning of the pandemic.