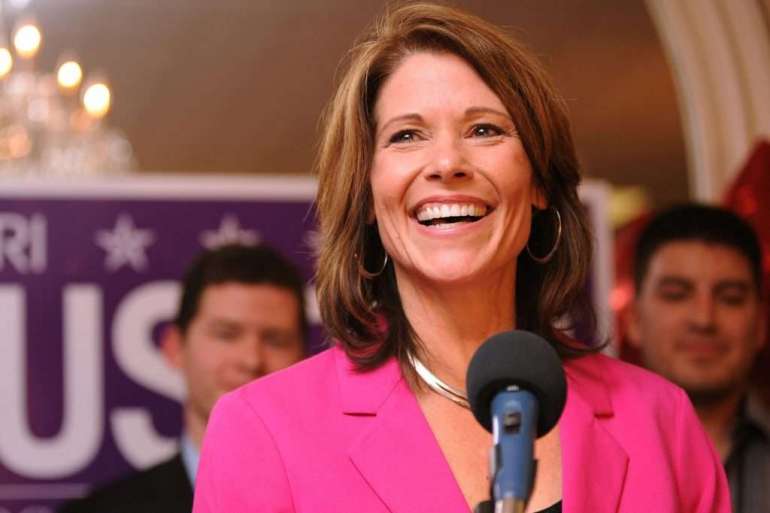 “As I turn every corner on each decade of life, I take time to reflect and evaluate what my next chapter might bring,” Bustos said in a statement. “That’s how, 10 years ago, I decided to run for Congress. And it’s why, today, I am announcing I will not seek reelection after completing this term.”

Republicans were quick to argue the retirement was a sign of Democrats’ nervousness going into an already difficult midterm election, where the GOP would only need to win back a handful of seats to take back the majority. But Democrats have pushed back, saying that Bustos was not a predictor of a wave of retirements.

Bustos represents a district in northwestern Illinois that has shifted to the right since former President Barack Obama won it handily in 2012. Former President Donald Trump narrowly won her district twice.

Bustos also won reelection by a narrower margin than expected in 2020, defeating her GOP challenger, Esther Joy King, by roughly 4 points. The race — a prime target of Republican campaign operatives — reflected the surprisingly tight margins in many races, particularly in rural areas, around the country. King, an Army reservist, has already launched a second bid.

Bustos did not say what she would do next, though she said in a video statement it had “always been my goal to think big” and that “in time I’ll share more on where that will take me.” The Illinois Democrat had previously signaled interest in a Senate bid, though it is unclear when a seat would open up in her home state. Democrat Sen. Tammy Duckworth is running for re-election in 2022, and the senior lawmaker, Democrat Sen. Dick Durbin, is not on the ballot again until 2026.

Bustos’ retirement leaves Durbin as the only Illinois Democrat from outside the Chicago metropolitan area. The party’s congressional delegation has become increasingly concentrated around the city and its suburbs as other parts of the state have shifted right.

Republicans were quick to mock Bustos’ announcement, with a spokesman for the National Republican Campaign Committee saying she made “the right decision to retire rather than face defeat in 2022.”

The Friday announcement quickly raised questions of what it would mean for redistricting in Illinois, since the state is losing one of its 18 congressional seats next year.

State legislative Democrats in Springfield will redraw the map before next year’s primary, and still hope to expand their footprint in the state.

Bustos and fellow Democratic Rep. Lauren Underwood hold the two most competitive districts in the current map, but Democrats could shore up Underwood’s district by grabbing some Chicagoland suburbs to the East and leave Bustos’ district to the West a battleground.

Pulling Democratic pockets, the cities of Rockford and Peoria, from Bustos’ district to protect Underwood would leave her district unwinnable. Leaving it somewhat intact would allow Democrats to continue to compete there, though they are deprived of a well-known incumbent.