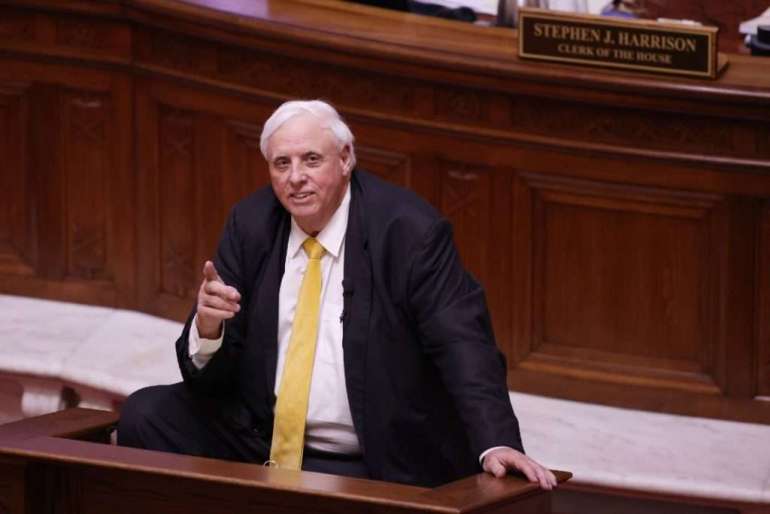 “No, I can’t really tell you one,” Justice said. “But I can tell you this, Stephanie… I coach a girl’s basketball team and I can tell you… we all know what an absolute advantage boys would have playing against girls. We don’t need that.”

Ruhle then asked why Justice made the bill a priority, pointing to West Virginia’s rankings near the bottom of states on its economy, education and infrastructure, among other things, according to U.S. News and World Report.

“I didn’t make it a priority. It wasn’t my bill,” said Justice, who declared earlier this week that he’d “proudly” sign the legislation despite warnings that the NCAA could pull postseason tournaments out of the state in response.

“I think we only have 12 kids maybe in our state that are transgender-type kids,” Justice said. “I mean for crying out loud, Stephanie, I sign hundreds of bills, hundreds of bills. This is not a priority to me.”

“Alright then, sir, thank you,” Ruhle said. “And please come back when, beyond anecdotal feelings as a coach, you can show me evidence where those young women are being disadvantaged in your state.”

West Virginia’s new law is part of a wave of many Republican-leaning states pushing the issue that would restrict the rights of transgender athletes. The bill Justice signed bans transgender athletes from competition in female sports from middle school to college.

“Legislators across the country have failed to provide examples of issues in their states to attempt to justify these attacks, laying bare the reality that these are attacks on transgender youth that are fueled by discrimination and not supported by fact,” the Human Rights Campaign said in a statement after Justice signed the bill.

On Wednesday, Florida’s legislature passed a similar bill, sending it to Republican Gov. Ron DeSantis’ desk. The NCAA had warned states like Florida it could pull championships from areas if they don’t show all athletes “dignity and respect.”