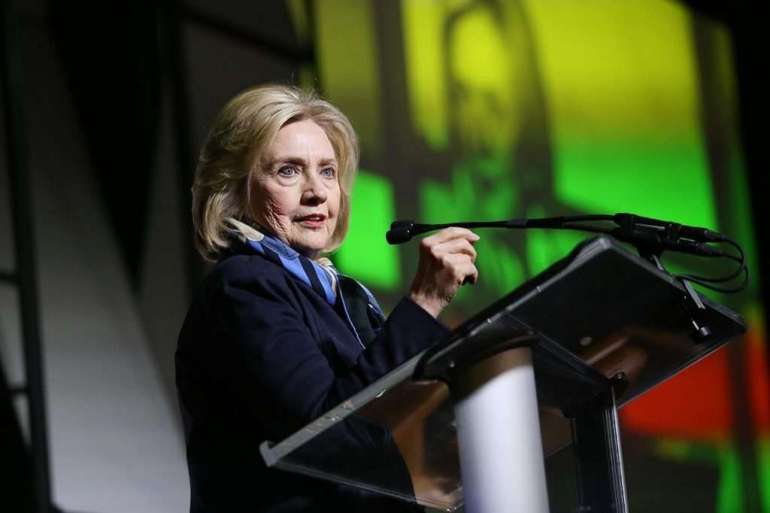 Her focus, however, would be “on what happens to the people, particularly the women in Afghanistan, if the Taliban come back into power, if the government collapses,” she said, echoing concerns among some about a potential power vacuum after U.S. forces leave. If that happened, she said she hoped the U.S. and its allies would help Afghans out of the country to “deal with what I expect to be a very large refugee flow.”

“He represents millions of Russians who deserve to have a better government that is actually, you know, working to move Russia forward, which Putin is not,” she said, adding that the White House and Congress should speak out “very forcefully” about Navalny’s release.

The former New York senator also talked about Giuliani, the longtime political opponent she defeated in her successful 2000 Senate campaign. On Wednesday, FBI agents raided Giuliani’s home and office, seizing materials in connection with an investigation into his work in Ukraine while serving as President Donald Trump’s personal lawyer.

Clinton said she would “let the justice system work,” but added that Giuliani has “been behaving so erratically and seemingly illegally for so long” that “I don’t recognize him now.”

“I don’t know what’s gotten into him, and we’ll see what the investigation concludes,” she added.

Clinton also touched upon a pressing domestic issue, urging the Senate to eliminate the filibuster, saying that “its usefulness has passed us by.”

It’s a stance that many Democrats have adopted, due to concerns that Republicans will use it as a roadblock to the Biden agenda. Barring that, she said she supported lifting the filibuster for “constitutional matters,” such as voting rights.

“It really was a watershed moment,” she said. “I think it’s still not sinking in on people, that the, you know, combination of the speaker of the House and our vice president has shattered so many barriers and, as you say, the glass ceiling. It’s just thrilling to see.”