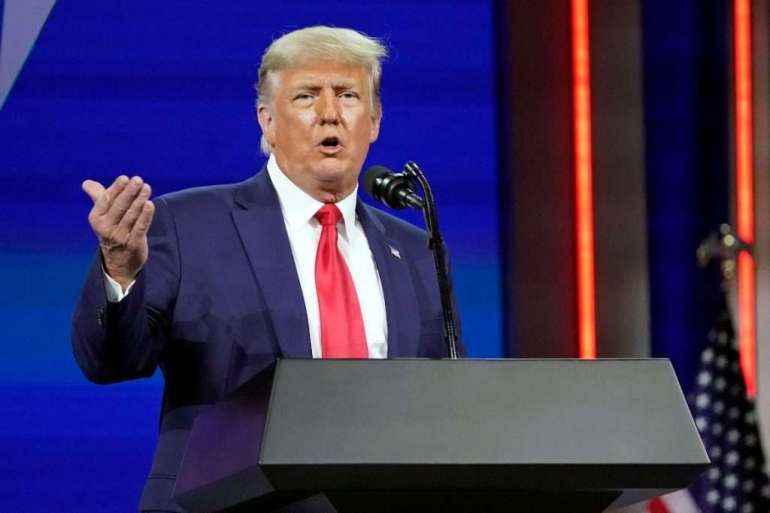 Trump’s endorsement of Stefanik (R-N.Y.) comes after House Minority Whip Steve Scalise (R-La.) said on Wednesday morning that she should serve as the House GOP conference chair instead of Cheney (R-Wyo.).

“Thank you President Trump for your 100% support for House GOP Conference Chair. We are unified and focused on FIRING PELOSI & WINNING in 2022!” Stefanik wrote on Twitter.

Trump had already attacked Cheney in an earlier statement on Wednesday for continuing “to unknowingly and foolishly say that there was no Election Fraud in the 2020 Presidential Election.”

A spokesperson for Cheney’s office did not immediately return a request for comment on either of the former president’s statements.

Cheney, who voted to impeach Trump for inciting the Jan. 6 Capitol insurrection, has feuded in recent weeks with fellow House Republican leaders over Trump’s role in the future of the GOP, as well as his for perpetuating the false claim that the 2020 election was stolen.

The Republican infighting escalated significantly this week, after House Minority Leader Kevin McCarthy (R-Calif.) said on Tuesday that his members had voiced concerns about Cheney’s “ability to carry out” her job duties.

Trump’s initial statement on Wednesday, however, undercut those remarks by McCarthy, making clear that his qualms with Cheney were rooted in her refusal to echo his false election claims — not concerns with her messaging or on-the-job performance.

Cheney, for her part, is not actively rallying support from colleagues to maintain her position.