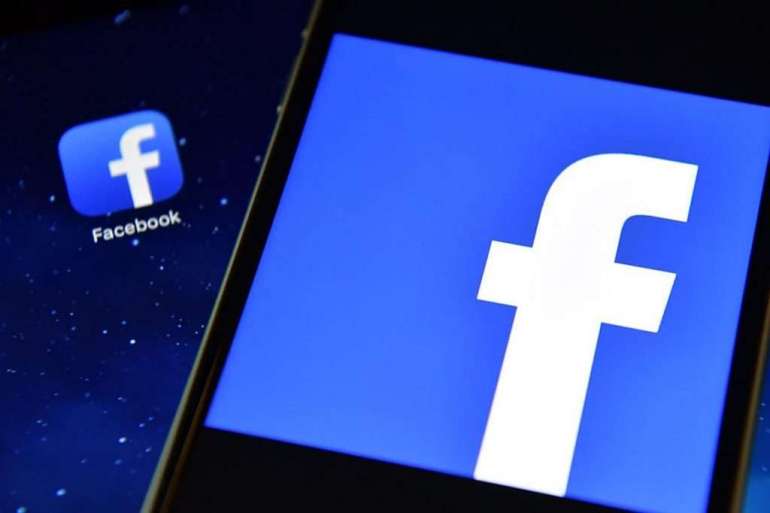 Trump’s official line in response to the ruling showed no concern over the financial ramifications of it, though some anxiety about how it could impact his ability to communicate with his hordes of followers. He accused Facebook, Twitter, and Google of taking away his free speech, called them “corrupt” and demanded that they “pay a political price.”

But it was clear that money matters were on his team’s mind. Shortly after the official statement was released, the Trump operation blasted out a text message to its list calling the Facebook ban “NONSENSE” but also asking for money. “I want a list of all donors sent to my office,” the text read.

Not everyone in the party felt that Trump would end up in a worse place because of the continued Facebook ban. The president still has one of the biggest email lists in politics even if it will atrophy without access to the country’s largest social media platforms. And in the tech industry, he has a bête noire to rail against. Former House Speaker Newt Gingrich said the Facebook decision would ultimately help Trump by making him a tech “martyr.”

“Do you want a communist Chinese style control over your voice or American style openness? We’ll see whether Biden sides with the Chinese communists or with the American people,” Gingrich said.

Elsewhere, Republicans argued that keeping Trump off Facebook would be good for the party, even if (or perhaps because) it would be “devastating” for Trump.

“It makes it more difficult for him and it gives everyone from Tim Scott to Nikki Haley to Mike Pompeo to Ted Cruz the ability to go out and begin to win over the Trump donors and voters that exist in a vacuum that Trump is not filling,” said one top GOP operative.

Already, GOP groups like the National Republican Senatorial Committee are running Facebook ads keying off Trump’s battle with “Big Tech” — a sign the party sees the flap as a strong opportunity to engage supporters and that Trump’s visage remains one of the best ways to draw in donors on Facebook.

But Trump himself can’t tap that universe, at least for the time being. And other Republicans feared that MAGA fanatics would become less engaged politically as Trump grew more remote in their lives. “Fundraising begets fundraising so him raising money helps,” said a separate top GOP operative who is working on congressional races this cycle.

Trump’s suspension from Facebook came after the Capitol riot in early January. Facebook CEO Mark Zuckerberg announced the president would be indefinitely off the platform because he’d used it to “incite violent insurrection against a democratically elected government.” But the social media giant also referred its decision to the company’s independent oversight board for a review and allowed for Trump to make his case against a ban.

A statement submitted on Trump’s behalf by the American Center for Law and Justice claimed Trump called for supporters to be “peaceful and law abiding” and went on to say there was a “total absence of any serious linkage between the Trump speech and the Capitol building incursion.”

A content director for the board said the argument from Trump’s team was “replete with falsehoods.” And after the announcement of the oversight board’s decision to punt back to Facebook, a spokesperson for the social media platform said the company stood by the decision to keep Trump accounts offline.

In the absence of Facebook and Twitter, Trump has continued to share his opinions on everything from the Academy Awards to Republican politics on friendly news show interviews and in statements dictated to aides and distributed to the public via email. On Tuesday, he launched a blog on his own website. But aides acknowledge he no longer has the same reach.

Alternative social platforms have been discussed by aides, but so far none have been backed by Trump or shared publicly. Trump’s team had anticipated Facebook would let him back on the site, and a person close to Trump said the company’s decision would only mean a “more aggressive timeline” for the development of a new social media platform.

“The model [for fundraising] that has been used to date has been a Facebook-related model, but Trump has one of the largest databases of emails and phone numbers of any political operation in modern times and so it’s a matter of deploying that in a different way,” the person said. “So while it would be a short term disadvantage it would be a long term advantage.”

With over 32 million followers, Trump had the third-largest political following on Facebook behind former president Barack Obama and Indian Prime Minister Narendra Modi. His page was one of the most powerful platforms on the internet. In the final months of last year’s election, the Donald Trump Facebook page dwarfed not just Joe Biden’s page but the pages of many media outlets in total interactions by about a factor of ten.

Trump used his oversize presence on Facebook to not only amplify his message but to tap into a vast network of grassroots, small dollar donors. Advertising on Facebook was a major focus of his 2020 campaign effort, with nearly $140 million spent on the platform.

For Democrats, Facebook was more than a nuisance in 2020; it was a problem — not because of Trump’s ability to tap donors through it but because of the pervasiveness with which disinformation spread on it. The Biden campaign openly clashed with Facebook last fall. Campaign manager Jen O’Malley Dillon wrote in a letter to Facebook CEO Mark Zuckerberg in September, calling the social network “the nation’s foremost propagator of disinformation about the voting process.” She added that: “Facebook’s continued promise of future action is serving as nothing more than an excuse for inaction.”

Biden aides felt at liberty to publicly chide the company at will. So too did the boss. “I’ve never been a fan of Facebook, as you probably know. I’ve never been a big Zuckerberg fan. I think he’s a real problem,” Biden told The New York Times editorial board in 2019.

The oversight board’s decision on Tuesday didn’t spark praise among Democrats, who continued to argue that the company itself should have acted far sooner and more decisively. But they did view it as a potentially major development in the political landscape.

“Trump used Facebook to organize his supporters and fundraise, and Twitter to talk to media,” said Nu Wexler, a former Facebook staffer and Democratic operative. “Getting locked out of Facebook ads is a bigger punishment than any restrictions on his political speech.”

For conservatives eager to make tech a bogeyman in upcoming elections, Trump’s suspension from Facebook and permanent ban from Twitter has only escalated their threats — ranging from lawsuits by conservative organizations to antitrust enforcement by Congress.

Trump, too, has argued for going after major tech companies by removing forms of legal shields that they enjoy for the content posted on them. Whether he will be in a position of power to affect that policy is less clear. He has not made any announcements about a run in 2024, and his indecision has held other presidential hopefuls hostage as they try to build out early operations. But Facebook’s decision may have already handicapped Trump’s future plans.

“It’s a huge blow to his fundraising and ability to communicate with the masses,” said Mike Nellis, a Democratic digital strategist who was a senior adviser to Vice President Kamala Harris’ presidential campaign. It’s “going to make it very difficult to make a comeback.”

Alex Isenstadt and Alex Thompson contributed to this report.