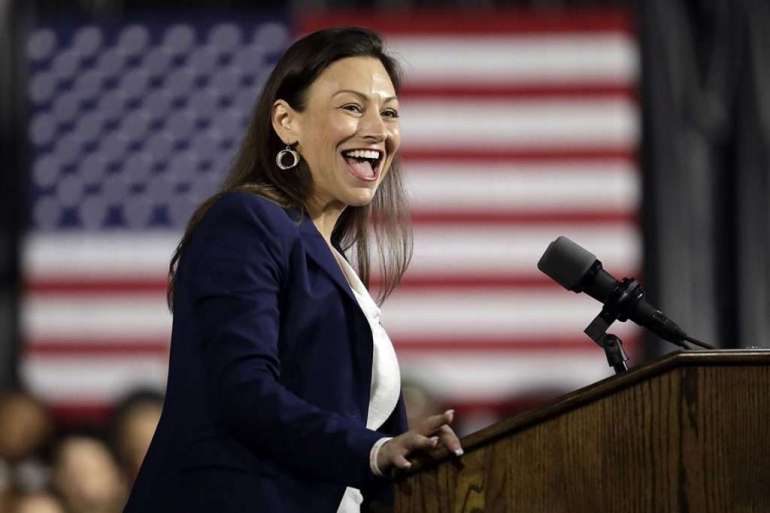 She made her comments during a Tuesday news conference where she called on DeSantis to veto a lengthy list of bills, as well as amplify her forthcoming gubernatorial messaging on the same day Democratic Rep. Charlie Crist, a former Republican governor, announced his bid for governor. The availability came less than an hour after a meeting of DeSantis and the Florida Cabinet, where Fried and the Republican governor sat just feet from each other for nearly two hours.

Fried, like other Democrats, has zeroed in on so-called anti-riot legislation DeSantis called for in the wake of protests that sprang up across the country after the murder of George Floyd. But she’s also increasingly hitting DeSantis’ decision to invalidate pandemic orders put in place by local governments, such as mask mandates.

“The people of our state do not want a dictator for governor,” she said. “They want someone who looks out for their well-being.”

As Florida’s only statewide elected Democrat, Fried has long been seen as a 2022 challenger to DeSantis, but the field will not be her’s alone. Along with Crist announcing his bid to return to the governor’s mansion on Tuesday, Orlando Democratic Rep. Val Demings is also expected to run, and the former police chief is already drawing significant buzz in Democratic circles.

The Republican Party of Florida has largely been serving as DeSantis’ defender, lambasting Crist after his Tuesday announcement, but also sharpening their attacks on Fried because of her long-seen frontrunner status.

“Nikki Fried is once again using her office for political grandstanding and has been campaigning for governor since the day she was elected,” the party said in a statement Tuesday. “Fried should be focused on the agency she was elected to oversee. Unfortunately, she is up to her ears in conflicts of interest, and is beholden to special interests.”

Her timeline for declaring her candidacy is not yet clear, but she has signaled the announcement is imminent.

“I get that question on almost an hourly basis at this point,” Fried said during the press conference. “As our state’s only statewide elected Democrat and as someone who has always put public services before partisanship, it is becoming clearer and clearer … that what we have seen from this governor that last two and a half years from this governor, the he must be a one-term governor.”