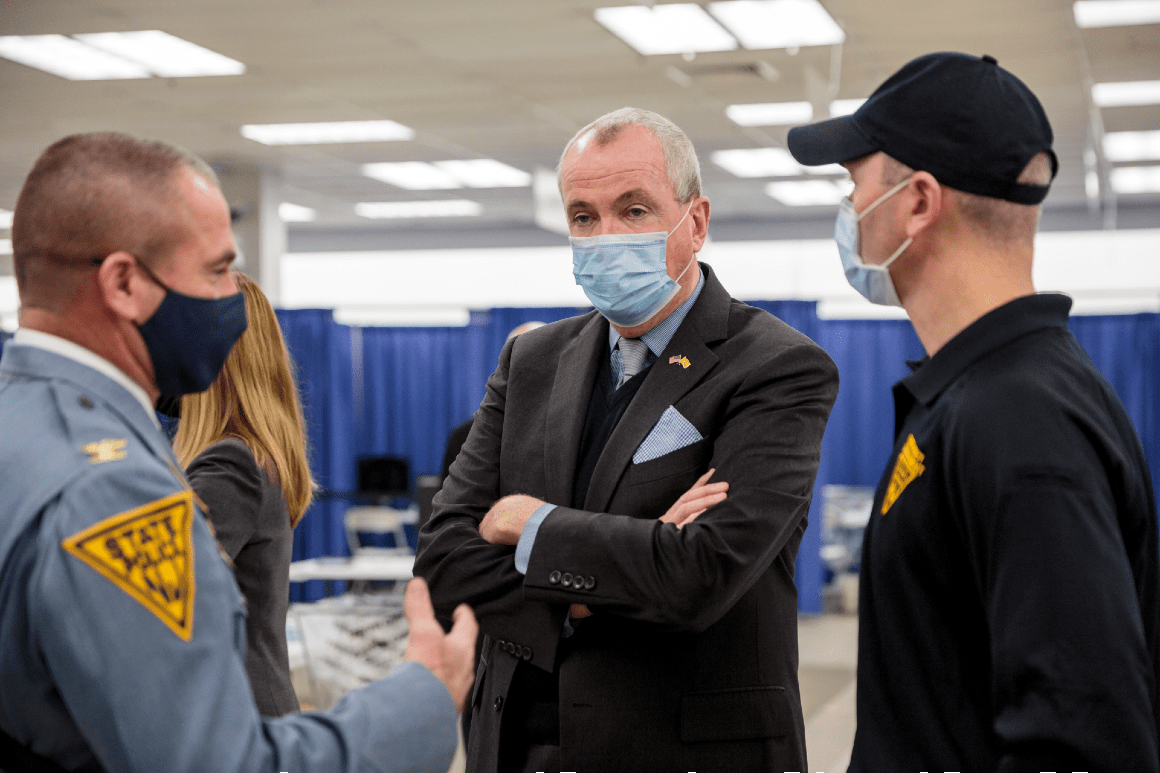 The poll also found that majorities of New Jerseyans support the easing restrictions placed on businesses and support opening schools for full-time in-person instruction in the fall. New Jersey residents are also less likely to refuse to get the Covid-19 vaccine than the nation as a whole, according to the poll.

Overall, 58 percent of New Jersey residents say the measures Murphy took to slow the spread of coronavirus have been appropriate, while 27 percent say they went too far and 14 percent say they didn’t go far enough. Seventy-three percent said they support earlier-announced plans to loosen restrictions on outdoor gatherings while 60 percent felt the same regarding indoor gatherings.

The poll was conducted largely before Murphy announced earlier this week that he would lift indoor capacity limits for restaurants, gyms, businesses and churches, though still require social distancing.

Republicans have been critical of Murphy in recent months, arguing he has been slow to ease restrictions on businesses and schools and have gone after him over deaths in long-term care facilities.

Thus far, nearly 7.3 million vaccines have been administered in New Jersey and more than 3.2 million residents have been fully vaccinated. Murphy has said he wants 4.7 million people, or 70 percent of the state’s eligible population, fully vaccinated by the end of June.

The New Jersey survey did not find a significant difference in vaccine hesitancy between white residents and those from minority backgrounds, but 66 percent of whites reported getting the vaccine compared to 58 percent of people of color, suggesting a discrepancy based on access instead of attitudes.

“Looking at the differences in attitudes among New Jersey’s diverse communities, we may need to focus more on access than opposition to explain the varying vaccination rates,” Monmouth University Poll Director Patrick Murray said in a statement that accompanied the survey results.

Despite the general acceptance of the vaccine, 65 percent of the parents surveyed said they would oppose requiring it for children to attend school if the vaccine is approved for them. New Jerseyans as a whole, however, narrowly favor requiring vaccines for schoolchildren, 50 percent to 46 percent.

The Monmouth University Polling Institute surveyed 706 New Jersey adults by telephone from April 29 to May 4. The margin of error is plus or minus 3.7 percentage points.