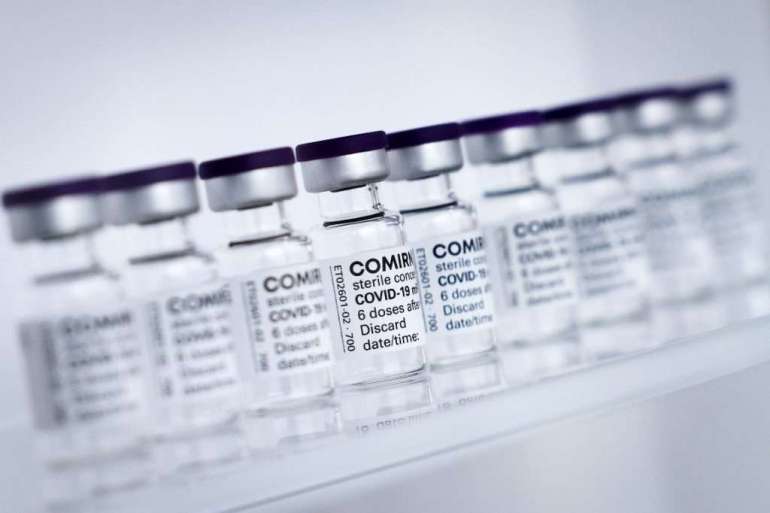 Pfizer and BioNTech said the side deal will not meaningfully affect the global supply of its vaccine doses, but did not indicate how many doses they expect to send out as part of this agreement.

The IOC has previously said it will not mandate vaccinations to participate in this year’s Olympics, which combined with limited supply across much of the globe — particularly in less affluent countries — has raised concerns about the safety of the international athletic showcase.

The size of a country’s representation at the Olympics and Paralympics varies widely, sometimes from a single competitor to several hundred athletes in the case of large, wealthy countries like the United States. Each country typically sends along coaches, athletic trainers and others as part of their delegations.

This summer’s games, which were postponed from last year due to the pandemic, is expected to be a comparatively slimmed-down affair with the opening ceremony scheduled for July 23. (A handful of events are set to be held in the days prior to that.)

That leaves a relatively narrow window to get countries’ Olympics delegations fully vaccinated within the two-dose schedule needed for Pfizer and BioNTech’s product, which includes three weeks between the first and second shot and two weeks to reach full immunity.

The companies plan to send out the first doses under the agreement at the end of the month “to ensure participating delegations receive second doses ahead of arrivals in Tokyo,” according to the news release.

Pfizer CEO Albert Bourla said the games are “a monumental moment of world unity and peace after a grueling year of isolation and devastation.”

The agreement comes less than a day after the Biden administration said it supports waiving patent protections for the Covid-19 vaccines as a way to expand worldwide production — a significant blow to drugmakers who have staunchly resisted encroachments on their lucrative intellectual property.