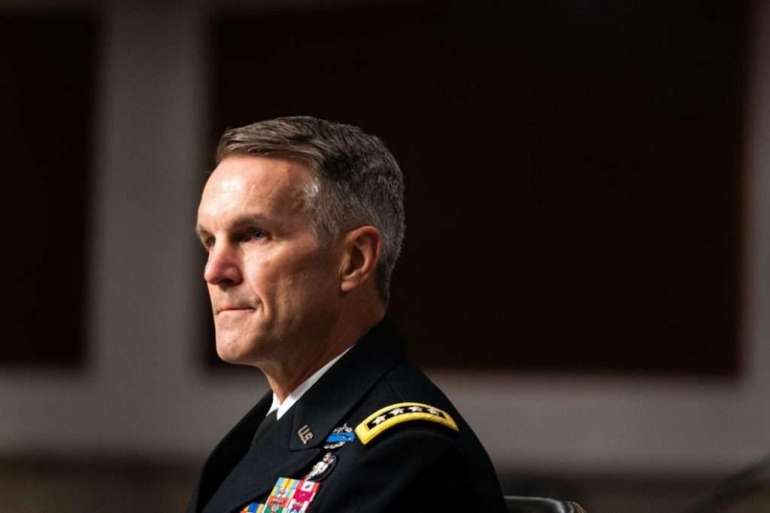 The study poses a series of questions, including why SOCOM wasn’t originally set up as its own service and what “recurring justifications” have been made for its status. The self-imposed deadline for the JSOU team to finish the effort is June 30.

Former and current officials see the study as an elaborate straw-man argument meant to keep civilian oversight at a minimum. Mark Mitchell, formerly the top acting civilian overseeing special operations forces in the Pentagon during the last administration, told POLITICO that in his view, the study is designed to conclude that SOCOM should not be its own service, and therefore civilian decision-makers shouldn’t have more power over the command.

The command’s leaders have long resisted efforts by civilians to assert control over its budget and to provide more aggressive oversight, said Mitchell, who received the Army’s second-highest award for combat valor in Afghanistan and also worked on the National Security Council staff during the Obama administration.

Increasing that civilian control is vital, he continued, particularly as special operations has ballooned in size and scope since the 9/11 attacks. The discipline problems at SOCOM got so bad that the commander in 2019 directed a comprehensive review of the community’s culture and ethics. The review ultimately found no “systematic” failures of ethics but pointed to the need to strengthen leadership at all levels.

“There are problems in the culture, and the top civilian position needs to be empowered on a whole variety of fronts,” Mitchell said.

The Joint Special Operations University study arose after the previous Pentagon leadership moved to empower civilian leadership of the community late last year, and after “cyclically recurring” discussions that arise about creating a separate service for the special operations community, said Col. Curtis Kellogg, a spokesperson for the command.

Former acting Defense Secretary Chris Miller in November elevated the civilian official overseeing special operations matters, taking the job out of the Pentagon’s policy shop and making it a direct report to the secretary of defense. This put the position on par with the military service secretaries for the first time.

Former officials said Miller made the change, which finally carried out a congressional mandate to increase civilian control over special operations forces in the 2017 defense policy bill, primarily to stem the community’s disciplinary and cultural problems.

The discussions about strengthening civilian control come after a series of scandals in the community. In 2019, Navy SEAL Eddie Gallagher was convicted of posing for a photo with the body of a dead fighter. Trump intervened to block him from being demoted for the offense. During the trial, a different SEAL team medic took responsibility for killing the teenager. Gallagher recently appeared on a podcast where he said Navy SEALs practiced medical procedures on a dying detainee.

“The grain of truth in the whole thing is that that ISIS fighter was killed by us and that nobody at that time had a problem with it,” he said on Apple’s The Line podcast.

Early this year, another Navy SEAL pleaded guilty to killing an Army staff sergeant during what he described as hazing gone wrong. And a recent CBS investigation pointed to rampant cultural problems — including drug abuse — in the community.

Meanwhile, a detailed Rolling Stone report from April found that at least 44 active-duty troops died while stationed at Fort Bragg — which includes SOCOM’s headquarters — last year. It isn’t clear how many of the 44 were special operators. A spokesperson for the base told Rolling Stone that illegal drug use was connected to all the murders involving troops stationed there. A former Green Beret wrote a letter to the piece’s author from prison — where he is serving time for drug trafficking on military aircraft — that described a culture of impunity.

“Elite soldiers have access to whatever they want to get into: whores, guns, drugs, you name it,” he wrote.

In January, the Defense Department Inspector General’s office said it is evaluating whether SOCOM and U.S. Central Command followed Pentagon policy when reporting potential violations of the laws of war.

On Wednesday, new Defense Secretary Lloyd Austin announced that after reviewing Miller’s decision to elevate the civilian special operations position, he decided to partially reverse the change, moving the position back into the policy shop for most matters. The role will still retain a direct reporting line to Austin on administrative issues such as manning, training and equipping the force.

Miller’s initial move to empower the civilian position was an unwelcome surprise to the military leadership, jolting SOCOM chief Gen. Richard Clarke and his team into action, former officials said. In March, retired Lt. Gen. John Mulholland, former head of Army Special Operations Command, wrote an op-ed warning that the move could lead to a call for a separate service.

Despite Austin’s reversal, Clarke is likely still on the defensive on the issue of civilian control, former officials said.

DoD officials and experts see little-to-no support within the military and on the Hill for creating a separate service for special operations forces, which they say would add unnecessary logistical and bureaucratic hurdles to a community that prides itself on stealth and agility.

Further, they say, the status quo benefits the SOCOM commander, Clarke, who in the absence of a fully empowered civilian leader has been the decision-maker on budget priorities, strategy and force structure. Establishing a new service would require an act of Congress.

“Congress intended USSOCOM to be an organization that brings together the best capabilities of the services to meet the needs of the nation,” Kellogg said. “USSOCOM is inherently better suited to fulfill that role as a joint combatant command that works with and relies on the services to help accomplish its mission.”

So why study the question at all? The university began the effort after discussions arose late last year following Miller’s change. It will analyze the history of the creation of SOCOM “as a functional combatant command with limited service-like authorities and not a separate service,” Kellogg said.

News of the study has not been publicly reported, but it’s made the rounds in defense circles. Some find it troubling and view it as part of an elaborate lobbying effort to reduce oversight of SOCOM.

“It is a total abuse of JSOU, which is supposed to do graduate continuing education for special operators and other DoD employees, to use them in a SOCOM lobbying campaign,” said a former senior Pentagon official, who requested anonymity to speak candidly. “It’s ridiculous.”

Kellogg defended the university, saying the organization embarked on the “purely academic” study because it determined “it would be of value for an academic institution to conduct an independent, thorough study” of the issue.

Former officials and sources close to the discussions also noted SOCOM’s unusual pull with Congress. SOCOM has a massive legislative affairs outfit compared to the other combatant commands, with more than a dozen people who frequently lobby Congress on funding and other issues, they said.

While lawmakers supported the move to empower the top civilian overseeing special operations forces, there appears to be little congressional appetite for creating a separate service.

“Based on my experience in the field and Pentagon, I don’t see the need for special operations forces to be a separate branch,” said Rep. Michael Waltz, a Florida Republican who serves on the House Armed Services Strategic Forces Subcommittee. He said the command already has “unique service-like authorities and funding.”

Defense officials say creating a separate service for special operations forces would create unnecessary bureaucracy and logistical hurdles. In particular, the move would pose a challenge for SOF’s recruitment process, as the community draws from all the military services as well as the civilian population, one of the officials said. For example, while most Navy SEALs are recruited “off the street” rather than from the Navy, Army Green Berets typically come to SOCOM from the Army, the official said.

In addition, establishing a new service would require more funding and personnel. During the debate over whether to create a separate service for space, one of the main arguments against the move was the cost — $13 billion at least, by some initial estimates.