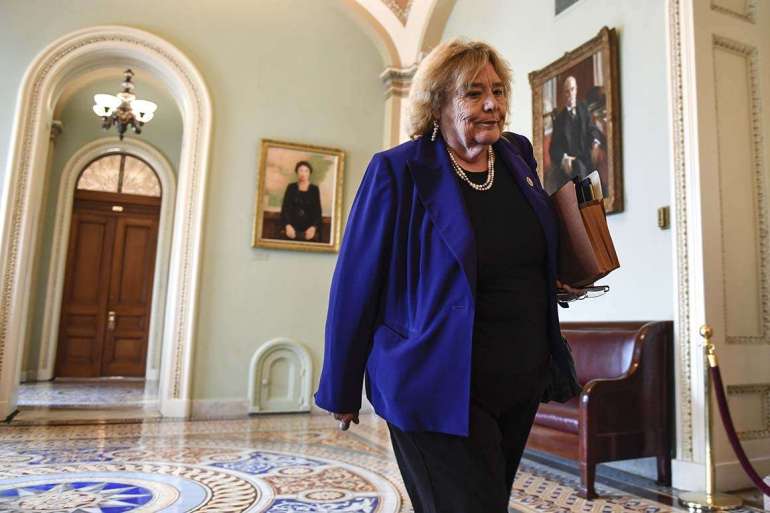 “Why did the department decide to monitor the … counterdemonstrators but apparently, according to this timeline, not to monitor the Proud Boys?” Lofgren asked Bolton. “What happened to these 200 Proud Boys over the course of the day?”

Bolton said he didn’t have the answer to Lofgren’s questions, but said he hoped to have answers after his next report.

“We have the same kind of concerns,” Bolton said.

He also questioned the timeline’s accuracy and said these questions were part of why he moved up a report on command and control and radio traffic to June from later this summer.

A spokesperson for Capitol Police told POLITICO that the department did have “countersurveillance teams … reporting on the Proud Boys” and that its intelligence operations team did get information about the hundreds of Proud Boys from the Metropolitan Police Department.

“USCP pushed that information out to the intelligence distribution,” the spokesperson said. “The department was on the lookout for any and all potential threats on January 6.”

Evidence filed by the Justice Department suggests coordination between groups like the Proud Boys and the Oath Keepers, an anti-government militia network, ahead of then-President Donald Trump’s Jan. 6 rally. In a debate in September, when asked to condemn white supremacists, Trump called on the Proud Boys, a self-described “Western chauvinist” group, to “stand back” and “stand by.”

Bolton issued a report in April that found the department’s unit for responding to violent protests is antiquated enough that officers “actively find ways to circumvent getting assigned there.”