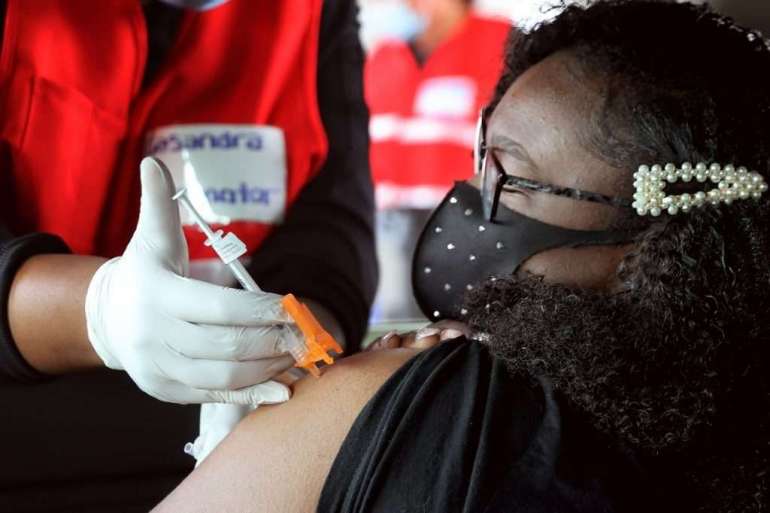 President Joe Biden praised the FDA decision as a “promising development” in the fight against a pandemic that has killed more than 578,000 people in the U.S.

“If you are a parent who wants to protect your child, or a teenager who is interested in getting vaccinated, today’s decision is a step closer to that goal,” Biden said.

Several states have said they are prepared to begin this week to administer the shot to 12- to 15-year-olds. That category includes nearly 17 million adolescents nationwide, roughly half of whom are people of color, according to an analysis of government data by the Kaiser Family Foundation.

Up to this point, Pfizer’s vaccine had been authorized only for those 16 and older. The two other Covid-19 vaccines available in the U.S., from Moderna and Johnson & Johnson, are allowed for adults 18 and up.

“Today’s expansion of our EUA represents a significant step forward in helping the U.S. government broaden its vaccination program and help protect adolescents ages 12 – 15 before the start of the next school year,” Pfizer CEO Albert Bourla said in a statement.

Timing for the rollout: FDA’s top vaccine regulator, Peter Marks, told reporters Monday that shots could begin being administered to this age group as soon as Thursday. The CDC’s Advisory Committee on Immunization Practices is scheduled to meet on Wednesday to discuss and vote on recommending Pfizer’s Covid-19 vaccine for 12-to-15-year-olds.

Woodcock and Marks noted state-level regulations may affect on where young teens are able to receive the Pfizer vaccine. Pharmacies may not be an option in some states, for example, depending on how a given state defines a pharmacist’s scope of practice.

“We don’t regulate the practice of medicine at FDA, we regulate these products,” Marks said. “How they are administered may be regulated different in some states in terms of who can give a vaccine to a 12-year-old.”

Background: Pfizer and its development partner BioNTech said in late March that their vaccine was 100 percent effective in preventing Covid-19 in a trial of 2,300 U.S. kids ages 12 to 15, making it slightly more effective for that age group than for adults. The study also revealed that younger teens developed higher antibody levels post-vaccination than did adults.

No teen who received the vaccine in a late-stage trial developed Covid-19, the companies said. By contrast, 18 teens in the placebo group became infected.