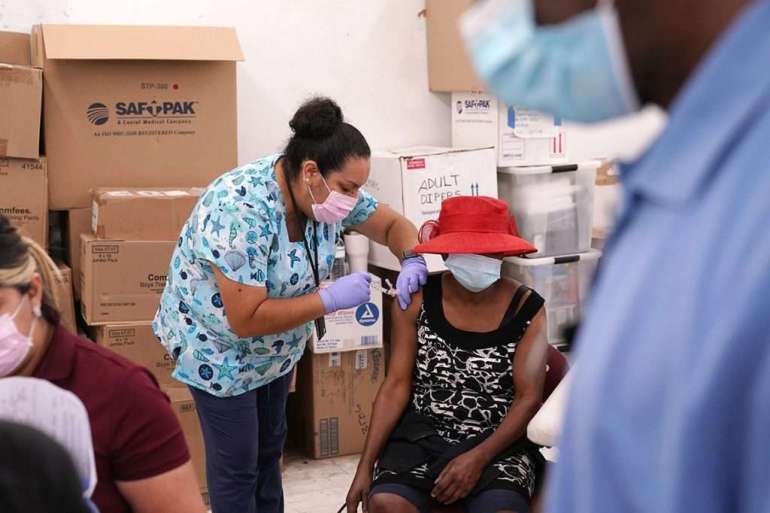 More than four months later, however, Roberson told the task force that only about 20 percent of Florida’s overall Black population has gotten the vaccine. About 38 percent of white non-Hispanic residents have been vaccinated in the state.

“So even though you look at the overall big picture, we still have a lot to do in order to get to the concept called herd immunity to get to a point where we can resume life,” she said.

During the meeting, task force members shared ideas to get Black residents vaccinated, including using phone banks, hosting community block parties and deploying trusted community ambassadors. They also discussed the role of disinformation about the vaccines.

“There are people that are making millions of dollars by convincing people ‘don’t get a vaccine, do my thing, buy my product, wear my special thing, etc.,’” said Daniel Van Durme, a professor with the Florida State University School of Medicine. “That’s disinformation. Stuff that is deliberately wrong.”

“I don’t want to get too political, but I saw a Senator from Wisconsin saying he does not believe in these vaccines,” Holmes said. “And some people in the white evangelical community are also noncommittal. But we just have to be positive, stay focused, and keep our eye on the prize.

The issue of boosting vaccination rates in Florida’s Black communities is not new. In February, when just 5 percent of the 1.7 million vaccinated were Black, Holmes sent an outline of how to better reach minority communities to DeSantis’ office. Holmes said he never heard back.

“Gov. DeSantis and the folks around him need to move heaven and earth to get vaccines to the black community, and as they do this I don’t want to hear them blame their inability to equitably distribute the vaccine to people of color on vaccine hesitancy,” he said.

The percentage of vaccinations in Black communities, however, continues to lag white Floridians who are getting the vaccination.

“In the state of Florida, it’s somewhere around the ratio of two to one in terms of people of color versus Caucasians,” said Larry Robinson, president of Florida A&M, a historically black college in Tallahassee. “That’s unacceptable.”

Robinson, a task force member, said of those getting shots at a regional vaccination site at Florida A&M, about 60 percent are Black.

“Anybody can come and we encourage that, but it looks like it’s getting to that demographic that we all care about here that has been disproportionately impacted,” he said.