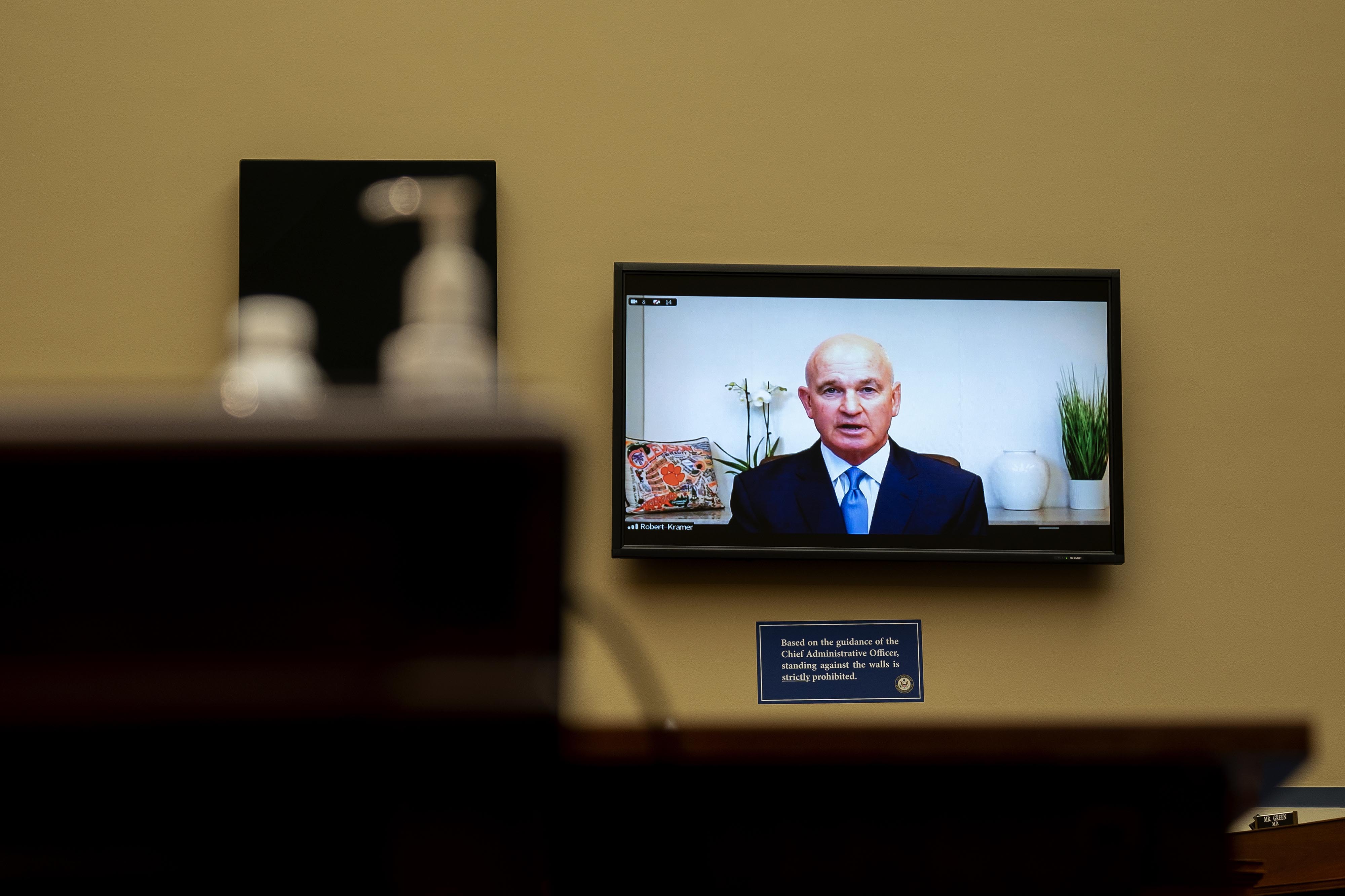 Restarting Emergent’s production of the J&J shot would revitalize efforts to get the single-dose vaccine to many Americans. The United States is currently relying entirely on vaccines from Pfizer and Moderna for its vaccination efforts; for the second straight week, the White House on Tuesday told state officials that the J&J vaccine was not available to order.

“Because the company was unable to deliver, the vaccinations of millions of people around the world have been delayed, putting their lives at needless risk,” Chair Jim Clyburn (D-S.C.) said at the hearing.

Meanwhile it is unclear when millions of AstraZeneca doses pledged abroad, also made at the Emergent facility, will be cleared for use. Lawmakers also hammered the company on a series of FDA reports over the past year that they saw as warning signs for the destroyed vaccines.

But Emergent officials on Wednesday blamed the government for not being prepared and enlisting the company on short notice and also faulted AstraZeneca for sending flawed manufacturing processes that required Emergent to make 80 different process changes.

“It was very difficult, very complicated, and it did result in the number of lost production lines,” Kramer told the panel.

Kramer also shed light on the mishap that resulted in 15 million unusable J&J vaccines, telling the panel that waste from the AstraZeneca manufacturing “suite” was too close to materials used in J&J production, leading to the problem.

But Emergent had received a slew of warnings about its potential manufacturing problems before the destroyed vaccines this year, top Democrats on the committee argued.

Documents issued by the panel Wednesday show that “after failing to heed these warnings and contaminating millions of doses of critically needed vaccines, Emergent determined that its executives’ performance merited millions of dollars in bonuses,” Clyburn said.

Emergent is one of very few contract manufacturers in the U.S. that’s equipped to produce large volumes of vaccines. The scarcity of such manufacturers led both J&J and AstraZeneca to enlist the company last year as companies scrambled to lock in vaccine supplies and production plants. AstraZeneca still has not announced a new manufacturing partners and roughly 60 million of its doses — promised abroad by the Biden administration — are still in limbo, not yet cleared for use.

Kramer argued in his testimony that the government’s chronic unpreparedness for biologic threats such as a pandemic fueled the latest scenario, with two pharmaceutical giants turning to one relatively small Maryland plant.

Despite being one of the three manufacturers tapped by federal officials to provide countermeasures, “by the end of 2019, just before the onset of the Covid-19 pandemic, Bayview only had about 100 employees on site and was still at least a year away from licensure to produce its first FDA-approved product,” Kramer said. “Meanwhile, the other two [government-enlisted] facilities owned by other companies had changed hands several times and were not yet prepared to undertake large-scale, short-notice operations for the U.S. government.”