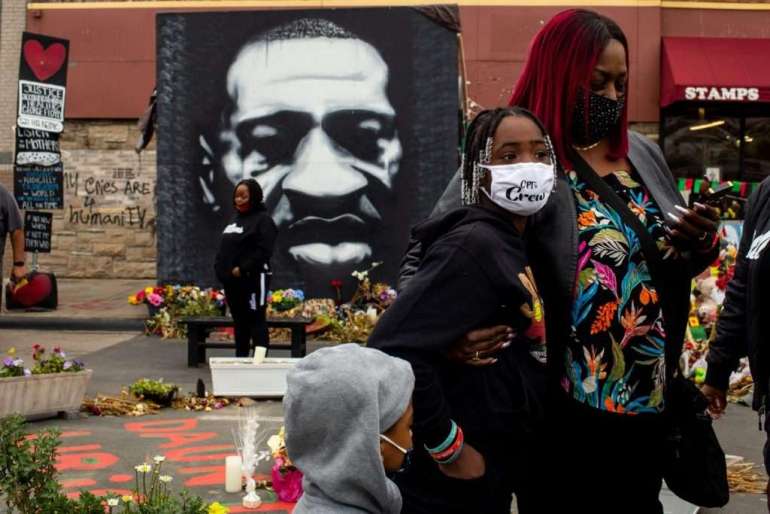 Austin is already fielding requests from youth and student group organizers, researchers and others who are planning visits for next summer. “We’re at a critical point in this protest,” Austin said. “What does it mean to be an institution born out of a movement?”

Ask Austin what it will take for the occupiers to remove the barricades, and she bristles. The question misses her point.

“By trying to go back to kind of business as usual, we face the danger of participating in the acts of colonization, where you erase the story of marginalized people,” she answers. She worries that if the barricades are lifted the world will forget Floyd — and nothing will change for Black Minneapolis.

But to some people who live near the intersection, to some of the businesses there, the autonomous zone is problematic.

Residents are annoyed that quiet streets where their kids used to play are now heavy with rerouted traffic. Black business owners in the square say revenue is down around 75 percent. Crime has increased — there were 18 nonfatal gunshot victims in the area last year, up from three in 2019. Robberies and assaults are up nearly 400 percent. On one March Saturday, at around 6 p.m., Imez Wright, a 30-year-old father of two, was fatally shot outside of Cup Foods while he was patrolling the area.

“A city government designed for anarchy”

In Minneapolis, the structure of the city government created the current stalemate over what to do next, according to Lawrence Jacobs, director of the Center for the Study of Politics and Governance at the University of Minnesota.

“You have a city government designed for anarchy,” he said. The mayor appoints the police chief, but most of the city power is dispersed between its 13 council members. This November, Minneapolis voters may have the choice between competing visions of city government — and criminal justice reform. One ballot proposal would create a department of public safety overseen by the City Council, centralizing different programs in the city. Another measure would give the mayor more authority over city decision-making. But, for now, most city decisions require consensus, which is lacking in Minneapolis.

“This past year, in a lot of ways, it felt almost like, engineered in a lab to exhaust the hell out of everybody,” council member Jeremiah Ellison said over Saturday morning coffee in the trendy North Loop neighborhood where Floyd’s picture hangs in the window. Ellison’s father, Keith, is Minnesota’s attorney general who oversaw the prosecution of Chauvin. For years, activists have deeply distrusted the Minneapolis police department, which has a long history of violence against Black residents. Ellison said that lack of trust has been transferred to elected officials this past year.