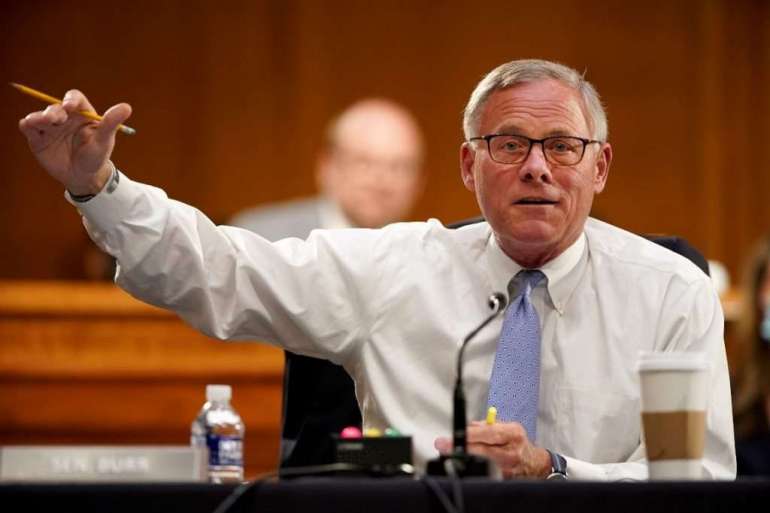 “In closed investigations, not acknowledged by the government, public access to materials has historically been limited, and petitioner presents no reason to believe that the significant interests that counsel against such access would not be present in this case,” wrote Howell, a former Senate Judiciary Committee counsel who was appointed to the bench by President Barack Obama.

Howell said releasing any materials — which she did not confirm exist — could impact “significant privacy interests” as well as “investigative interests of the government.” She kept some of her opinion under seal and refused the Times’ request for access to a sealed submission the Justice Department made on the issue.

Katie Townsend, the attorney for the Reporters Committee for Freedom of the Press who filed the unsealing petition on behalf of the Times, said no decision had been made yet about whether to appeal.

“In a situation like this one, where it has been publicly reported that a search warrant has been executed in connection with a criminal investigation into stock trades made by a sitting U.S. senator, the public interest in access to the search warrant materials could not be higher. And that is true whether or not the investigation ended with no charges being brought,” Townsend said. “We are very disappointed in the court’s ruling and are evaluating next steps.”

While Howell emphasized that the Justice Department never officially confirmed the probe, Townsend noted that Burr had publicly acknowledged the investigation. Indeed, in January of this year, he issued a statement welcoming the closure of the probe.

Some advocates of greater access to court records said they were troubled by Howell’s ruling because it threatened to obscure information about the conduct of public officials and because it seemed to ignore that many federal courts automatically unseal the bulk of their search warrants.

“It’s offensive,” said Seamus Hughes, a George Washington University researcher and a renowned expert at scouring unsealed court filings for overlooked news. “It’s going to radically restrict public access to the court records. … Search warrants provide a level of sunlight that is important in a democracy.”

Hughes said that whatever privacy concerns are present in records about private individuals, they are clearly diminished for a U.S. senator. “The privacy bar should be lower for a public official,” he said.

Hughes also noted that while Howell seemed to suggest that secrecy is or should be the default for search warrant records in cases where no charges are filed, that is not the case in many places.

“Search warrants are routinely unsealed for reasons that have nothing to with whether a criminal case is brought or not,” he said. “The Western District of Virginia automatically unseals the vast majority of search warrants after a certain amount of time. Connecticut does the exact same thing. … Some redact [portions.] Most don’t. … To say it is unheard of is, I think, a stretch.”

An attorney for Burr, Alice Fisher, did not immediately respond to an email Wednesday night seeking comment on the ruling.

Technically, Howell’s ruling sets no precedent. But as a practical matter it is binding — at least for now — for similar cases that arise in Washington because requests to unseal them would likely be directed to her as long as she is the chief judge.

Howell’s ruling struck some court watchers by surprise because she has generally been a strong advocate for greater disclosure of court records. At the request of a reporter, she instituted a major overhaul of how the court dockets and manages various records, easing the process of disclosure of some information about various requests for internet and phone records. And she has sometimes insisted on public disclosure of court opinions even when prosecutors have argued that they should be kept entirely under seal.

Disclosure: Gerstein serves on the steering committee of the Reporters Committee for Freedom of the Press.