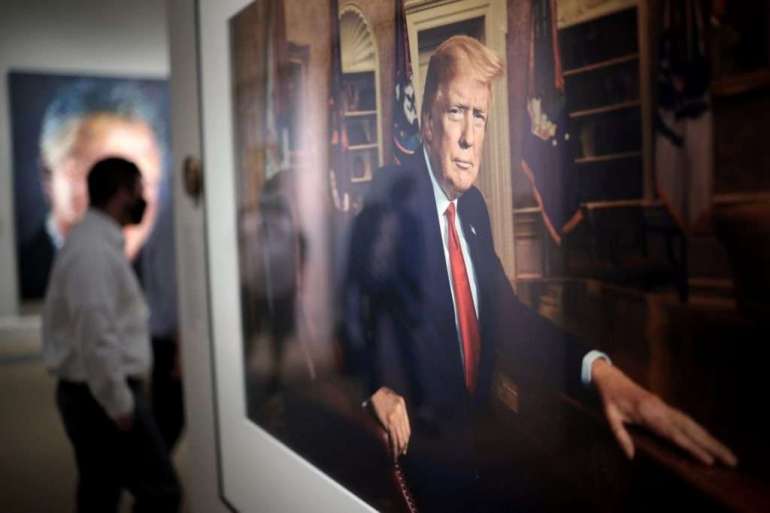 “Rational, good quality candidates don’t want to associate with people like Marjorie Taylor Green. So people just check out,” said Mike Madrid, a Republican strategist who was a co-founder of the anti-Trump Lincoln Project before stepping down in December.

And it’s not just potential lawmakers; it’s younger Republican voters, too. Research from Pew, as highlighted by The New York Times, showed that “from December 2015 to March 2017, nearly half of Republicans under 30 left the party…many returned, but by 2017, nearly a quarter of young conservatives had defected.”

Michael Steele, former Republican National Committee Chairman and Trump critic, said it is a “legitimate truth for the party to confront.” Republicans “run a huge risk of losing not one but maybe a couple of generations of voters who are coming of age and maturing politically.”

The trend could continue through the coming midterms. The possibility that Trump may be a drag on the party in competitive districts has worried even mainstream Republicans supportive of the former president. “What is so concerning about next year’s midterm elections for Republicans is we cannot win without the Trump supporters, and yet, if this continuing obsession with a stolen election and a fraudulent election continues, it will hurt us in our ability to attract some of those voters who abandoned Trump in 2020 and try to get them back, especially in the suburbs,” said Dick Wadhams, a former Colorado Republican Party chair and longtime party strategist.

When those GOP lawmakers not toeing the MAGA line have decided to take the plunge into electoral politics, they’ve been drubbed. Earlier this month, Michael Wood, a combat veteran and small business owner who ran on an anti-Trump platform in a special election to fill the seat of the late Rep. Ron Wright (R-Texas) that he called “the first battle in this war to take back our party.”

Democrats and Republicans remain worlds apart on infrastructure. But President Joe Biden is holding out hope for a breakthrough in negotiations.

But it wasn’t much of a battle. Wood barely registered with about three percent of the vote.

Others in the party share the fear that the incentive structures Trump has put in place will lead to unelectable candidates winning nominations and losing general elections.

“We have 50 car pileup in the Pennsylvania and Ohio Senate Republican primaries with people trying to out-MAGA each other for an endorsement, and it could end up us losing the 2.5 points we need to win in the end,” warned Republican donor Dan Eberhart.

Trump allies scoff at the complaints, noting that Republicans lost winnable Senate runoff contests in Georgia while Trump wasn’t on the ballot but candidates blessed by the GOP establishment were. They argue Trump has ushered in a new wave of MAGA-leaning lawmakers and has motivated previously untapped voters, who agree with his America-first, populist message, to head to the polls. A spokesperson for Trump did not return a message asking for comment.

But operatives say that Trump’s impact down ballot isn’t measured just electorally but behaviorally; that he has stunted the growth of GOP lawmakers by forcing them to adopt political personas that pigeonhole their careers. Rep. Adam Kinzinger (R-Ill.) is held up as one prime example of this: a young Republican whose reputation went from that of a national security-minded rising star to a prominent Never Trump voice with limited room for intraparty growth.