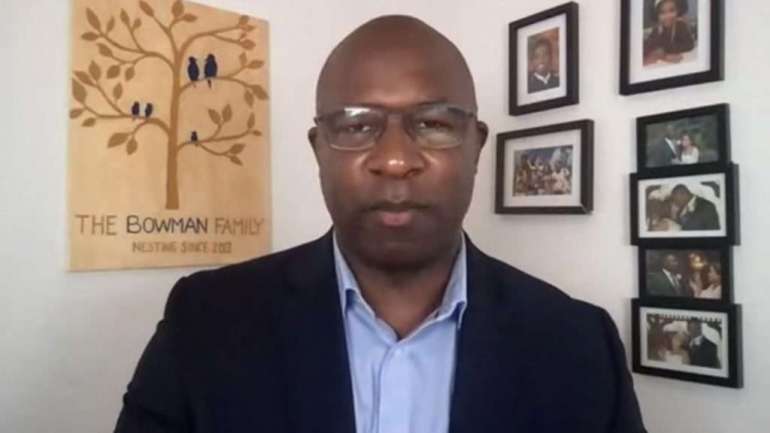 A spokesperson for Manchin did not immediately return a request for comment on Bowman’s criticism.

The remarks from Bowman — a progressive freshman lawmaker who in 2020 displaced then-Rep. Eliot Engel, a more moderate 16-term incumbent — come after Manchin on Sunday authored an op-ed in the Charleston Gazette-Mail announcing he would not back the election reform bill.

In a subsequent interview on “Fox News Sunday,” Manchin described the so-called For the People Act as “the wrong piece of legislation to bring our country together and unite our country,” saying it “would divide us further” as a nation.

Bowman rejected that premise on Monday, asserting that Manchin “is not pushing us closer to bipartisanship. He is doing the work of the Republican Party by being an obstructionist, just like they’ve been since the beginning of Biden’s presidency.”

Bowman’s comparison between Manchin and McConnell referred to the Senate minority leader’s comment to reporters in Kentucky last month that “100 percent of [Republicans’] focus is on stopping this new administration.”

The statement was reminiscent of another McConnell quote from 2010, when he told the National Journal that “the single most important thing [Republicans] want to achieve is for President Obama to be a one-term president.”

Manchin’s opposition to the election reform bill — which received the symbolically significant titles “H.R. 1” in the House and “S. 1” in the Senate — deeply imperils the fate of the legislation Democrats had hoped could counter a wave of state-level Republican laws limiting ballot access.

And although Manchin on Sunday restated his support for another voting rights measure named after the late Rep. John Lewis (D-Ga.), that bill also faces a difficult road to Senate passage.

Further complicating Democrats’ election reform efforts is Manchin’s enduring refusal to abandon the legislative filibuster. In his op-ed on Sunday, Manchin reiterated his support for the 60-vote threshold now in place for most bills.

Former President Donald Trump — who repeatedly urged Senate Republicans to end the filibuster during his time in office, when McConnell was Senate majority leader — praised Manchin on Monday for his position. “He’s doing the right thing, and it’s a very important thing,” Trump said in an interview on Fox Business.

Bowman, however, called the filibuster a “Jim Crow, white supremacist relic.” He also said his office had “reached out to [Manchin] multiple times to engage in conversation around saving and rescuing our democracy,” but that he had “yet to hear back from Sen. Manchin, and this was months ago.”