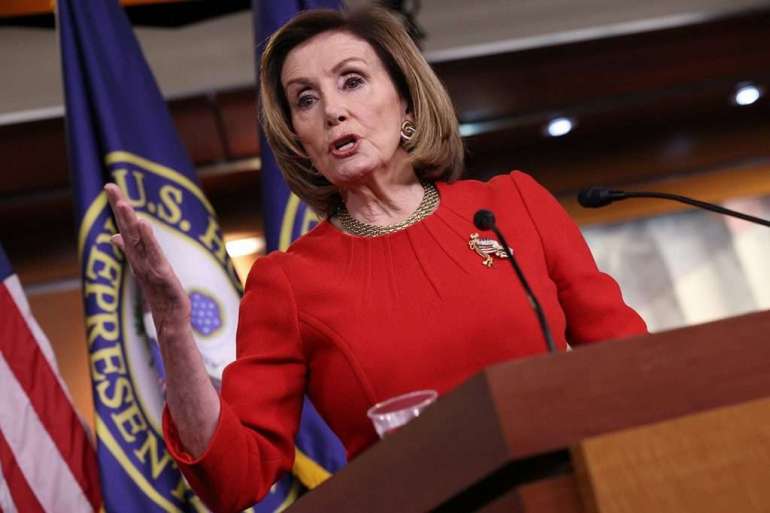 Senate Majority Leader Chuck Schumer also committed on Tuesday to putting the broad voting rights bill up for a vote in late June, with or without Manchin’s support. He added they would work with Manchin on possible changes, hoping to change the conservative Democrat’s mind.

Pelosi’s note to fellow Democrats comes two days after Manchin infuriated many in his party by declaring in an op-ed that he would vote against the party’s broader voting bill, known as H.R. 1 and S. 1. The West Virginia senator also reiterated his opposition to removing or changing the upper chamber’s filibuster — which virtually guarantees the demise of much of Biden’s agenda on the Hill.

Manchin has long been the most high-profile holdout on the sprawling voting bill, and is now under intense scrutiny as Democrats scramble to figure out their next steps on both voting rights and the rest of Biden’s agenda, all with razor-thin margins in both chambers. Civil rights leaders met with Manchin on Tuesday morning in the latest bid to pressure the West Virginia senator, but attendees said he didn’t commit to reconsidering his position on the legislation.

Manchin has said he wants Democrats to instead focus on a smaller-scale voting bill, named for Lewis, that would reauthorize the Voting Rights Act and restore provisions that the Supreme Court struck down in 2013. The broader voting bill, Manchin said, was drafted in a “partisan manner” that would only further sour relations between the two parties.

But Pelosi stressed that the more narrow bill “will not be ready until the fall” as it undergoes intense vetting to prepare for likely legal challenges. And she said it would not be an alternative to the mammoth bill intended in part to protect voting access in light of restrictive efforts by GOP legislatures across the country.

Additionally, that bill’s chances are in serious doubt after McConnell said the John Lewis-named voting rights bill wasn’t necessary on Tuesday. He argued there was “no threat” to the Voting Rights Act because the Supreme Court had only struck down the preclearance portion of the 1965 Voting Rights Act, not the entire legislation.

“It’s against the law to discriminate in voting on the basis of race already,” he said.

Pelosi and other top Democrats have argued that Congress must move as swiftly as possible to counteract what they’ve called voter suppression in GOP-led states before the 2022 midterms. They’re also looking to enact new policies to end political gerrymandering before states draft new maps for House races using last year’s Census.

Democrats haven’t entirely given up on Manchin, who co-sponsored the 2019 version of the bill to which he’s now opposed. The Rev. Al Sharpton described the meeting between Manchin and civil rights leaders as “candid, not hostile.” Manchin told reporters afterward it was “respectful” and the “starting of a good relationship.”

“I wouldn’t say [we made] progress. I would say it’s good we’re talking. We don’t want it to just end with talking,” said Sharpton, president of the National Action Network, in an interview after the meeting. “We’re very concerned. I said to him that we’re talking about our lives here. … People died to get that right to vote.”

Manchin did not commit to reconsidering his S. 1 opposition, according to Sharpton, but the senator said he’d follow up with groups in the coming days to continue the conversation. Manchin also said he would back whatever deal Sens. Cory Booker (D-N.J.) and Tim Scott (R-S.C.) strike on police reform.

“[Manchin] said he was firmly committed to George Floyd, whatever Cory and Tim Scott came out with,” Sharpton said.

Even if Manchin did vote yes, Democrats’ signature voting bill would still face an enormous barrier to becoming law: the Senate’s 60-vote threshold known as the filibuster. Senate Majority Leader Chuck Schumer has vowed to put the legislation on the floor the last week of June, and Democrats had hoped for a unanimous vote that would intensify criticism of the filibuster.