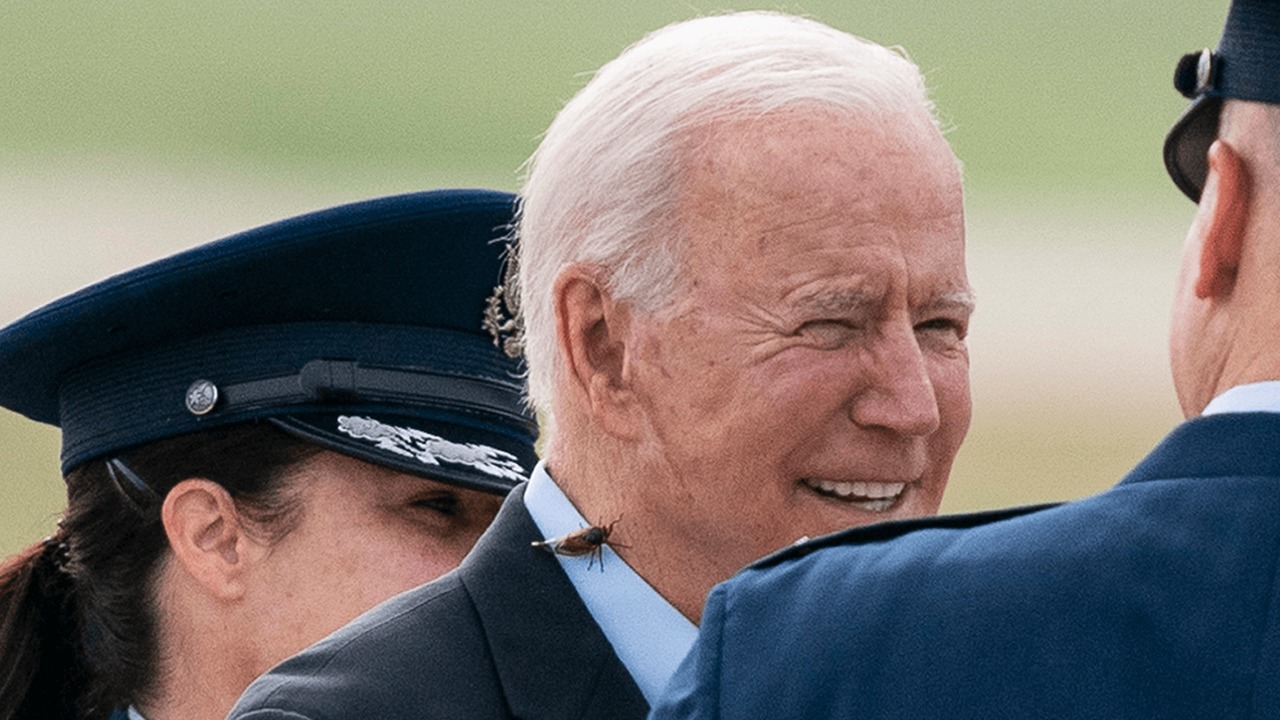 The episode marked the second time in less than 24 hours that the loud, red-eyed pest had intruded upon White House operations in the run-up to Biden’s European travel. On Tuesday night, the charter plane meant to carry the press corps for the president’s trip was grounded for more than five hours at Virginia’s Dulles International Airport due to mechanical problems caused by the cicadas.

Reporters finally landed late Wednesday morning, POLITICO reported, after circling in their plane and temporarily unable to touch down because British Prime Minister Boris Johnson was slated to arrive in his own aircraft at roughly the same time.

The intrusions from the insects come as potentially trillions of Brood X cicadas are surfacing from underground after 17 years, inundating as many as 15 states and currently staking their claim in the greater Washington, D.C., area. On Wednesday, however, their population decreased by exactly one, according to the president.

“I just got one,” Biden told reporters before venturing across the Atlantic. “It got me.”

Biden’s encounter was hardly the first time an American president or members of his Cabinet have endured a similar aerial ambush while carrying out their official duties. “I got the sucker,” boasted former President Barack Obama in 2009, after smacking a fly that had landed on his forearm during an interview taping with CNBC.

Four years later, at a White House ceremony where Obama announced his nominees for two top financial regulatory roles, another fly swerved around the president as he delivered prepared remarks — at one point landing on his forehead.

Former President Donald Trump also was not spared. Flies made notable appearances during his events at least twice in July 2019, at a White House social media summit and a speech commemorating the 400th anniversary of the first meeting of the Virginia legislature. “How did a fly get into the White House?” Trump asked at the time.

In fact, flies in the executive mansion have remained such a problem across the past few administrations that White House senior adviser Cedric Richmond discussed the nuisance with former top Trump aide Jared Kushner in a phone call earlier this year. “Yeah man, they’re like bats. … Good luck,” Kushner reportedly told Richmond.

Of course, the most prominent recent victim of insect interference was Vice President Mike Pence, who seemed unaware of a black bug resting on his white, closely cropped hair for a lengthy stretch of his debate last October with then-Sen. Kamala Harris. “I didn’t know he was there,” Pence said the next week.

Anita Kumar contributed to this report.