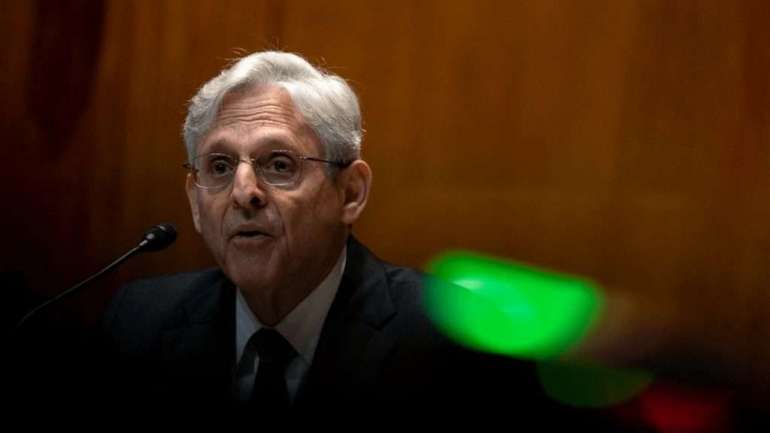 “There are many things that are open to debate in America, but the right of all eligible citizens to vote is not one of them,” he said. “The right to vote is the cornerstone of our democracy, the right from which all other rights ultimately flow.”

Garland outlined the United States’ checkered history of expanding and enforcing voting rights, which he noted has also been followed by periods of intense backlash.

Garland’s speech comes as voting rights legislation faces dire odds in Congress given Democrats’ bare majorities in both the House and Senate, as well as internal tensions between progressives and moderates about Biden’s preferred expansion: the “For the People Act.”

That bill was given the symbolically important H.R. 1 and S. 1 designations, typically a display of the majority leadership’s top priority.

But Sen. Joe Manchin (D-W.Va.) last week cemented his opposition to that measure in an op-ed published in the Charleston Gazette-Mail and subsequent media interviews, saying that it “would divide us further” as a nation. (He did signal his support for the narrower H.R. 4 named in honor of late Democratic Rep. John Lewis.)

Garland urged Congress to enact both pieces of legislation, an unlikely proposition, but added “we will not wait for that legislation to act.”

Manchin’s declaration all but doomed the legislation in a 50-50 Senate and garnered opprobrium from outspoken liberal Democrats, who have increasingly become activated around voting rights issues as Republican state lawmakers impose new election laws in the wake of former President Donald Trump’s loss to Biden.

Much of that attention has been focused on Texas — which is still pending — and Georgia, though other GOP-led states like Florida have pushed to implement new laws that, on the whole, tighten voting rules with an emphasis on things such as mail-in voting and non-traditional voting options like 24-7 ballot drop boxes and “drive-thru” polling stations.

The Republican-driven effort comes as Trump has refused to accept the legitimacy of his loss to Biden and his fervent supporters have latched onto various election-related conspiracy theories that seek to call into question the integrity of last year’s contests.

Garland expressed concern at the “dramatic rise in legislative efforts” to make it harder to cast a vote, both in the aftermath of the Supreme Court 2013 decision in Shelby v. Holder — which weakened key parts of the Voting Rights Act of 1965 — and in recent months.

Garland said that “many of the changes are not calibrated to address the kinds of voter fraud that are alleged as justification,” and said that DOJ is scrutinizing them to determine whether they violate federal statute.

“Where we see violations we will not hesitate to act,” he said.

Garland took an especially dim view of post-election “audits” underway in Arizona and being considered in several other states that are “based on disinformation,” though he did not mention any state by name.

In early May DOJ sent a letter to Arizona officials outlining several areas of concern with the legality of the effort there as it pertains to ballot security and the risk of voter intimidation.