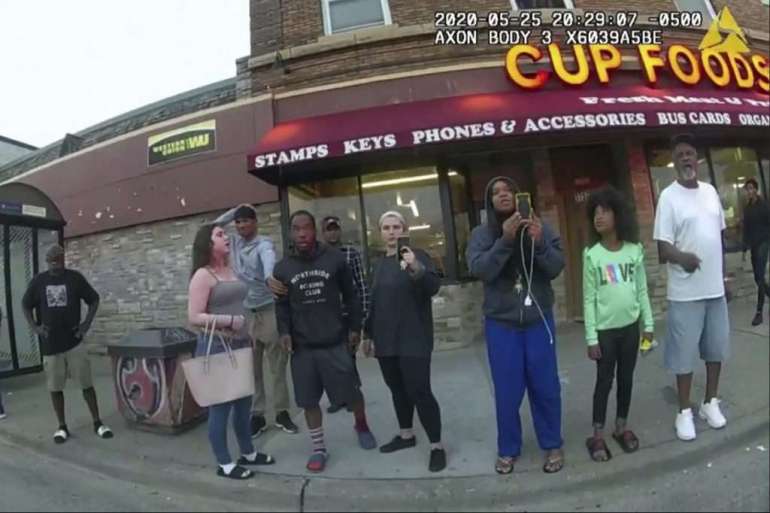 Darnella Frazier was one of the bystanders who recorded then-police officer Derek Chauvin pinning George Floyd to the ground with a knee on his neck. | Minneapolis Police Department via AP, File

Darnella Frazier, the teenager who recorded George Floyd’s murder in Minneapolis last year, received a Pulitzer Prize special citation on Friday for her work capturing the video that launched a nationwide reckoning on racial issues and policing in America.

The video, in which she recorded then-police officer Derek Chauvin pinning Floyd to the ground with a knee on his neck, circulated widely on social media, sparking protests over police violence committed against Black Americans. Frazier was 17 years old when she recorded the video.

The Pulitzer Prize Board honored Frazier on Friday “for courageously recording the murder of George Floyd, a video that spurred protests against police brutality around the world, highlighting the crucial role of citizens in journalists’ quest for truth and justice.” Previous winners of Pulitzer special citations and awards include Ida B. Wells, Aretha Franklin and Bob Dylan.