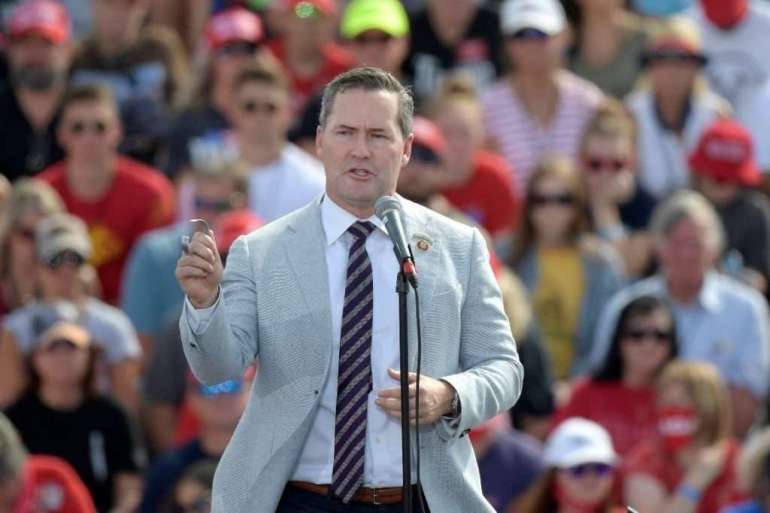 Waltz and other lawmakers have repeatedly urged Biden to order the Pentagon to immediately evacuate the Afghans to locations such as Guam, the UAE or Qatar, where they can safely complete the paperwork to obtain their visas. It takes the State Department more than 800 days on average to process just one visa — far longer than the less than 100 days left until the U.S. military is scheduled to leave Afghanistan.

“I want the White House’s hair on fire,” Sen. Angus King (I-Maine), a member of the Senate Armed Services and Intelligence committees, told reporters on a conference call Tuesday. “I want them to do everything within their power to solve this problem.”

“I’m not being critical of the administration, but I just think it’s time to step up the game,” King added.

A State Department spokesperson, speaking on background to discuss a sensitive topic, stressed in a statement that while the United States is withdrawing its military forces from Afghanistan, it is not leaving the country entirely.

“While U.S. troops will leave by September, the United States will maintain a robust diplomatic presence through the U.S. Embassy, and our teams in the Consular Section in Kabul and in Washington will continue processing qualified [special immigrant visa] applications as expeditiously as possible, as the security and health situation in Kabul allows,” the spokesperson said.

King suggested detailing Defense Department personnel to the State Department to help process visas more quickly, as well as asking NATO allies to help find a location to temporarily host the Afghans while they wait for their visas to be approved.

But the the visa process slowed further in recent days, after the U.S. Embassy in Kabul suspended visa operations on Sunday in response to an increase in Covid-19 cases across the country. The State Department spokesperson said all affected appointments will be rescheduled “as quickly as possible.”

But lawmakers said the administration needs to act now to bring the applicants to safety, as they are in danger from the Taliban. Rep. Jason Crow (D-Colo.) and Waltz, who both veterans who spent time in Afghanistan, have recounted stories about Afghans they knew who were murdered by the Taliban for helping Americans.

“These Afghans will have a bull’s-eye on their backs from the moment we leave the country,” said Rep. Michael McCaul (R-Texas), the top Republican on the House Foreign Affairs Committee. “If President Biden abandons them, he is signing their death warrants.”

Crow has led lawmakers in sending letters directly to Biden urging him to address the problem. However, the administration has been slow to respond.

“Make no mistake, there is a moral imperative at play here. The American handshake has to mean something” said Crow, urging the president “do the right thing and evacuate those who stood by us at great personal risk.”