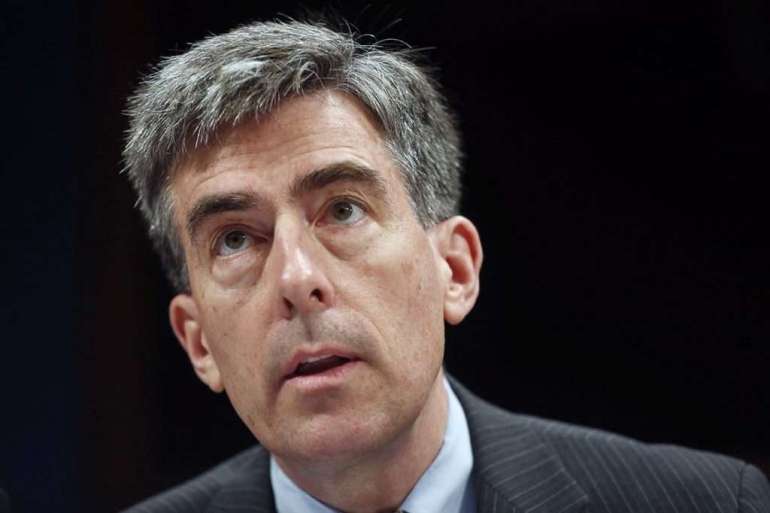 The recent ransomware attacks on Colonial Pipeline and the meat processing giant JBS, both attributed to Russian cybercrime gangs, as well as the SolarWinds espionage campaign that intelligence agencies linked to Moscow, thrust cybersecurity into the spotlight on Capitol Hill and prompted renewed scrutiny of the challenges facing the federal government, including its limited understanding of attacks on private companies.

Washington is slowly responding to the crisis. In mid-May, Biden signed an executive order intended to close federal security gaps and increase oversight of the contractors that often serve as backdoors into agency networks. Two weeks later, the TSA issued a security directive requiring pipeline operators to report cyberattacks. A bipartisan group of senators is now planning legislation to require a wide range of businesses to report breaches.

Inglis’ new White House office was one of several policy reforms recommended by the congressional chartered Cyberspace Solarium Commission and incorporated into the fiscal 2021 defense policy bill. Lawmakers envisioned the office as analogous to the Office of the U.S. Trade Representative in terms of elevating the importance of cyber issues within the White House.

But Congress did not define Inglis’ exact portfolio or authorities, and it remains unclear how he will work with Anne Neuberger, Biden’s deputy national security adviser for cyber and emerging technology. During the presidential transition, Biden aides bristled at Congress’ creation of a new Senate-confirmed White House position and argued unsuccessfully that cyber coordination should remain the domain of the National Security Council.

But many on the Hill wanted more continuity and stability in the White House’s approach to cyber issues. The Obama administration had created a cyber coordinator position inside the NSC, but the Trump administration had eliminated that role, calling it unnecessary. That move generated a fierce backlash and led to the Solarium Commission developing the contours of the national cyber director office.

Inglis, who served on the Solarium Commission, became an early frontrunner for the position. An Air Force veteran who spent nearly 30 years at the NSA, including serving as its deputy director from 2006 to 2014, Inglis developed strong relationships with key lawmakers and earned bipartisan respect on Capitol Hill.

“He has a quiet but persuasive leadership style,” Sen. Angus King (I-Maine), a Solarium Commission co-chair, said during Inglis’ confirmation hearing. “All of us have been in meetings where there’s one person, when they begin to speak, you lean over and say, ‘Now, what are they going to say? Because this is going to be important.’ That’s Chris Inglis.”

Inglis’ supporters have described him as well-prepared to face his biggest challenges. While he will not control the military operations of U.S. Cyber Command or the spying activities of the NSA from his White House post, he is deeply familiar with how both organizations work, having helped oversee the launch of Cyber Command, which is run by the same official who heads the NSA.

And while Inglis’ military background created some controversy when his name first surfaced as a candidate for cyber director — a role that will now be his first civilian government assignment — his six and a half years as a partner at the private equity firm Paladin Capital Group offered him a front-row seat to the growing cyber threats facing U.S. businesses. That experience could serve him well as he seeks to streamline how the federal government helps the private sector combat hackers.

With his mandate largely undefined, Inglis will have a unique opportunity to shape the role of the cyber director. But in the short term, he will have to contend with a more prosaic problem: Congress still has not funded his office, despite authorizing him to hire 75 employees.

In a press call with reporters ahead of Inglis’ confirmation hearing, King said he hoped to tuck funding for the office into a supplemental funding bill being planned for this summer.

“I suspect that they can certainly find a way to pay his salary,” King told reporters, “but whether or not they’re going to be able to develop a staff, I think that’s certainly the next step.”