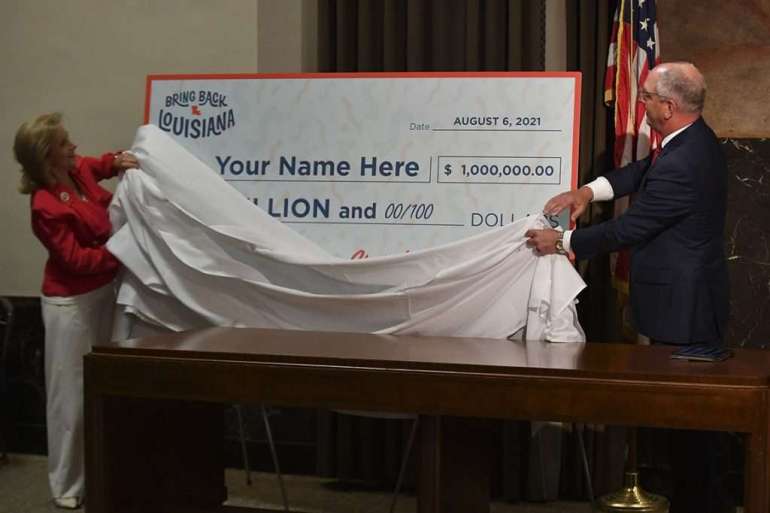 States launching the lotteries hoped they could nudge a persuadable group of holdouts to get vaccinated and reduce the risk of new waves of infection in pockets of the country with less protection against the coronavirus. Even as the nation slowly approaches President Joe Biden’s goal to vaccinate at least 70 percent of adults, public health officials have increasingly warned that these areas face a greater threat from the highly transmissible and more severe Delta virus variant, which was first identified in India and now accounts for at least 10 percent of total U.S. cases.

“I certainly don’t see things getting any better if we don’t increase our vaccination rate,” said Scott Allen, co-administrator of the county health unit in Webster, Mo., where an outbreak spurred by the Delta variant has caused daily infections and hospitalizations to nearly double in the last two weeks.

New daily Covid cases have essentially plateaued just below 15,000 for over a week after falling dramatically this spring as the nation’s vaccination campaign accelerated. The number of people receiving their first dose has dropped from just under 2 million in mid-April to 360,000, the lowest it’s been all year.

It’s been teenagers who have buoyed the numbers, with 12- to 15-year-olds taking 25 percent of the country’s shots since they became eligible last month, despite making up only 7 percent of the population, federal and state data show.

That’s raised questions about the effectiveness of state efforts to offer marijuana, alcohol and cash awards to entice the adults, with little to show for it.

Ohio got the most bang for its buck. Republican Gov. Mike DeWine’s mid-May announcement that five adults would win $1 million each week received a burst of national attention, and the number of Ohioans receiving a shot rose about 40 percent over the next 10 days. Four weeks later, however, the number of people receiving daily doses is lower than when DeWine made the announcement, the POLITICO analysis found. And despite the lottery bump, the state continues to lag behind the national average in the share of adults given a first dose.

Dan Tierney, spokesperson for DeWine, said the governor’s team never expected the bump to last over the five weeks of the lottery but added the increase seen in the days after the announcement exceeded expectations.

“It changed the tenor of the conversation,” Tierney said. “Coronavirus talk had been dour. If you’re trying to persuade people … you want them to feel good about their decisions.”

Oregon Democratic Gov. Kate Brown announced a $1 million prize a week after DeWine, and state officials say there was some increased uptake in the eastern, more conservative counties. But overall, the lottery hasn’t done much to stop the declining interest in vaccines, according to POLITICO’s analysis.

Charles Boyle, a spokesperson for Brown, said that the lottery was just one effort among many and it was never expected to have an outsized impact.

“No individual strategy is expected to have a singularly massive impact or to wholly reverse vaccination rate trends,” he said. “Each strategy adds a little energy to the overall effort. And when you look at the data, we’re seeing a more steady vaccination rate compared to several of our neighbors.”
Ashby Monk, a Stanford researcher who helped design Oregon’s vaccine lottery, said the state had hoped to take advantage of earned media by being the first to roll out the novel idea, but was beaten to the punch by Ohio.

Even though Oregon’s lottery had a more marginal effect, Monk still believes the effort was worthwhile because his research consistently shows that people overvalue lottery prizes, relative to the cost of setting them up.

“There’s a benefit to being first, people were blown away by the concept,” said Monk. “It’s always nice to see an uptick, but the purpose of these programs, if I’m honest, is to prevent the downticks from being faster and bigger.”

That’s largely why governors continue to experiment with incentives. On Wednesday, Maine Democratic Gov. Janet Mills announced a sweepstakes with a twist: the prize increases $1 for every person vaccinated in the state.

“If it helps turn the direction of the declining rate, that’s the best, but if it just doesn’t cause the rate to go down further, that’s a win, too,” said Nirav Shah, the director of Maine’s Center for Disease Control and Prevention. “When you compare the money spent to the benefit of getting just a few more folks vaccinated, that’s a winning investment.”

In New York, the number of adults receiving their first shot jumped by approximately 10 percent in the week after a lottery was announced in late May — roughly one-fourth the size of Ohio’s apparent bump. But in the weeks since, the adult vaccination rate has fallen by nearly 40 percent, according to CDC data.

Noel Brewer, a professor of health behavior at the University of North Carolina who is in charge of evaluating North Carolina’s incentive program, noted that these drawings, while far from perfect, capture people’s imagination and are among the few vaccine policies that are tolerable on both ends of the political spectrum.

State lotteries and giveaways appear to offer diminishing returns in part because the so-called movable middle — the group that is willing but not persuaded to get vaccinated — gets smaller and smaller every day.

At this point, incremental progress is likely the best a governor can hope for, said David Asch, director of the Center for Health Care Innovation at the University of Pennsylvania.

“In most of my experience using behavioral health to motivate change, you capture yards going down the field but no single approach produces a touchdown,” he said. “Most changes happen at a fairly incremental level — there is no silver bullet.”

But even as public health officials acknowledge they are in for a long slog, they say they are willing to try almost anything to stir the public from its torpor.

“There are really two pandemics,” said Robb Cowie, spokesperson for the Oregon Health Authority. “One pandemic is going away, but among people who are unvaccinated, there is a pandemic that is still raging.”