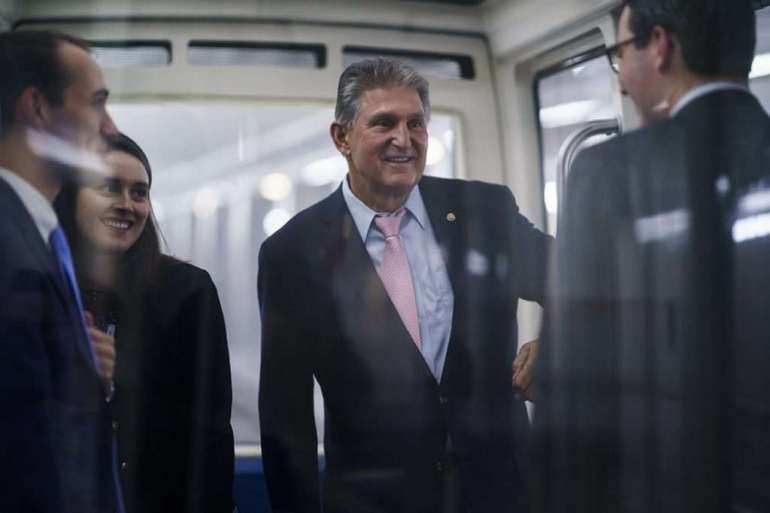 Manchin has proposed a compromise bill focused on expanding early voting and ending partisan gerrymandering; it would cut some of the bill’s other elements, like publicly financed elections. He told reporters on Monday he’s still working on his compromise with fellow Democrats and that “there’d have to be an agreement to get on the substitute.”

“I hope they make some changes, agree with some changes,” Manchin said. “We put out an awful lot of changes that hopefully the country will agree with.”

Manchin visited with President Joe Biden at the White House on Monday afternoon to discuss voting rights, according to a White House official. Biden told Manchin he appreciated his efforts on the issue and “made clear how important he thinks it is that the Senate find a path forward on this issue.”

Senate Majority Chuck Schumer and other Democrats have suggested that advancing the bill is the only way to adopt Manchin’s alterations. Senate Majority Whip Dick Durbin complimented Manchin’s work on Monday but also said he wasn’t sure where Manchin would come down.