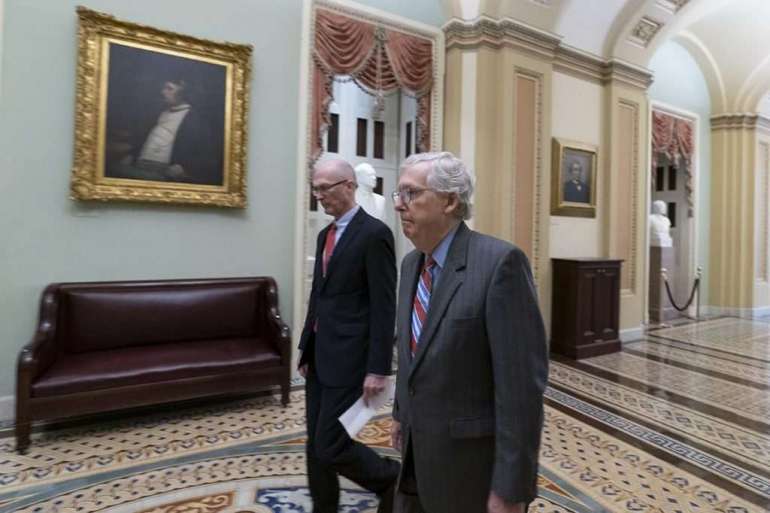 The conventional wisdom is that the Senate has to prove that it can work, and the test of its functioning is how much of Biden’s spending Republicans endorse.

This is a distorted view of the Senate’s role, which shouldn’t be to get on board a historic spending spree for which Biden won no mandate and which isn’t justified by conditions in the country (it’s not true, for instance, that the nation’s infrastructure is crumbling).

Besides, if bipartisan spending is the test, the Senate just a few weeks ago passed a $200 billion China competition bill by a 68-32 vote. It used to be that $200 billion constituted a lot of money, but now it doesn’t rate, not when there’s $6 trillion on the table.

The infrastructure deal lurched from gloriously alive to dead when Biden explicitly linked its passage to the simultaneous passage of a reconciliation bill with the rest of the Democratic Party’s spending priorities in it.

Then, it revived again when Biden walked this back, and promised a dual track for the two bills.

The fierce Republican insistence on these two tracks doesn’t make much sense and amounts to asking Democrats to allow a decent interval before going ahead with the rest of their spending—Democrats are going to try to pass a reconciliation whether the bipartisan deal passes or not.

At the end of the day, then, there’s only one track: Democrats are going to spend as much money as they possibly can. The bipartisan deal might shave some money off the hard infrastructure priorities (according to Playbook, the White House says it doesn’t want to double dip, on say, electric cars or broadband by getting some money for them in the deal and then getting yet more in the reconciliation bill). But the emphasis is going to blow out spending across the board.

The calculation of Republicans supporting the bill is that a significant bipartisan package can take some of the heat off of Sen. Joe Manchin and Kyrsten Sinema in their resistance to the filibuster.

A deal that passes and is signed into law will certainly be a feather in their caps, but it’s hard to believe they’d change their minds on the filibuster if the deal fell apart.

They are both so extensively and adamantly on the record in favor of the filibuster that a climb-down would be politically embarrassing and perilous. They may be sincere in believing that the filibuster is important institutionally to the Senate. But the politics also work by allowing them to brand themselves as a different breed of Democrat.

If they flip-flip on the filibuster, they release the brake on the left-most parts of the Democratic agenda and find themselves taking a lot of tough votes on priorities dear to the Democratic base.

If this is true, the deal is bipartisanship in the service of a partisan end.

It not as though Biden is fiscally prudent on all other fronts, except in this one area which he considers a particularly important national investment with unmistakable returns. No, he’s universally profligate. His reckless spending on all fronts (except defense) makes it more imperative for Republicans to stake out a position in four-square opposition.

It’s not as though the bipartisan bill is exemplary legislation, by the way. It resorts to all the usual Beltway gimmicks to create the pretense that it’s paid for, when it’s basically as irresponsible as the rest of the Biden spending.

Bipartisanship has its uses, but so does partisanship. Joe Biden wants to be known for his FDR- and LBJ-like government spending, believing that it’s the key to political success and to an enduring legacy. Fine. Let him and his party own it.