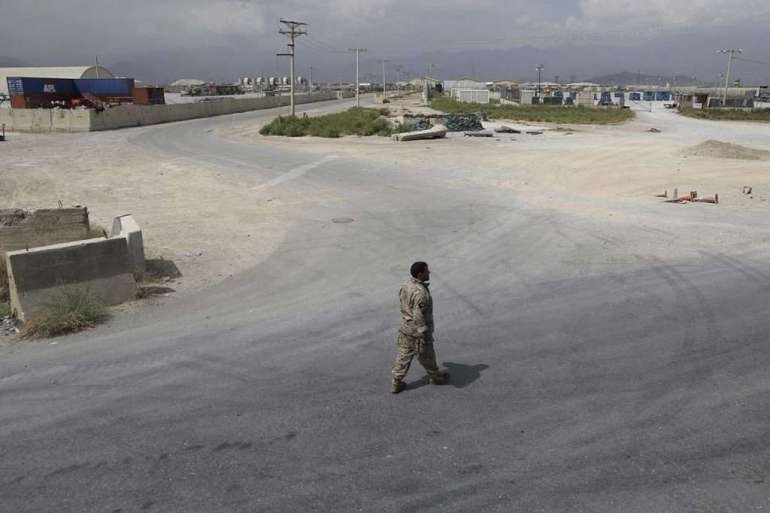 The U.S. is considering sending the Afghans to the United Arab Emirates, Qatar or Guam as they wait for their visas to the U.S. to be processed, The Wall Street Journal reported on Thursday.

The press secretary’s remarks on Thursday confirm reports from last month that the administration was working to evacuate the Afghan nationals so they could safely await U.S. processing as part of the Special Immigrant Visa program.

Psaki said the administration had “already dramatically accelerated the processing timeline” for the visas “to bring them to the United States.” White House officials are also “continuing to work closely with Congress to change the authorizing legislation so that we can streamline the process for approving visas even when they are in a third country,” she added.

Biden is expected to further address the subject the Afghan nationals and special visa applicants in a speech at the White House on Thursday afternoon focused on the Afghanistan withdrawal.

That address represents a politically precarious moment for the administration, which is working to repel a series of negative headlines about the drawdown. But Biden’s speech also comes amid a potentially perilous situation in Afghanistan, as the Taliban continue to make rapid advances across the country.

The Islamic fundamentalist group has taken over nearly 10 percent of the country in the last week alone, according to The Foundation for Defense of Democracies, and it now controls 195 of Afghanistan’s 407 districts — while contesting another 129.

With the U.S.-backed Afghan government in Kabul already under increasing threat of Taliban takeover, Biden’s withdrawal strategy faced further criticism on Friday after American forces quietly exited Bagram Airfield, which for two decades had served as the hub of the war effort.

Afghan officials accused their American counterparts of leaving the airfield with little coordination in the middle of the night, resulting in electricity and water services being cut off and incidents of looting by locals. The Pentagon has insisted there was sufficient communication with the Afghans before the Americans’ exit.

Nevertheless, the appearance of a botched departure and other recent developments provoked a new round of second-guessing by former national security officials, foreign policy experts and media commentators.

Biden’s frustration with the unfavorable news coverage was apparent at a White House event on Friday, on the eve of the Fourth of July weekend, when he brushed aside reporters’ “negative questions” about Afghanistan and other topics and said: “I want to talk about happy things, man.”

Biden’s Thursday speech came shortly after he and Vice President Kamala Harris met with their national security team in the Situation Room for an update on the troop withdrawal, which U.S. officials old POLITICO on Wednesday was “over, for all intents and purposes.”

Last Friday, however, Psaki told reporters the administration expected the drawdown to be completed by the end of August, while the president denied that the withdrawal would be finished within the next few days.

“We’re on track exactly as to where we expected to be,” Biden said last Friday, apparently referring to his self-imposed deadline for a full withdrawal by Sept. 11 — the 20th anniversary of the 9/11 terrorist attacks.

The Pentagon’s first substantive update on the drawdown in roughly a month came on Tuesday, when U.S. Central Command announced that 90 percent of American forces had been pulled out of Afghanistan.

Approximately 600 U.S. troops are still stationed in the country, all of whom are expected to stay in Afghanistan after the withdrawal is complete. Most of the remaining troops are serving as security at the U.S. Embassy in Kabul, and the rest of them will be based at Kabul’s Hamid Karzai International Airport.

The forces yet to be withdrawn include Gen. Scott Miller, the commander of U.S. Forces-Afghanistan, and a small group of staff — as well as the security and logistical personnel deployed to Afghanistan this year to help facilitate the drawdown, according to Pentagon spokesperson John Kirby.

Kirby is also expected to address the Afghanistan withdrawal in a news conference at the Pentagon later Thursday afternoon.