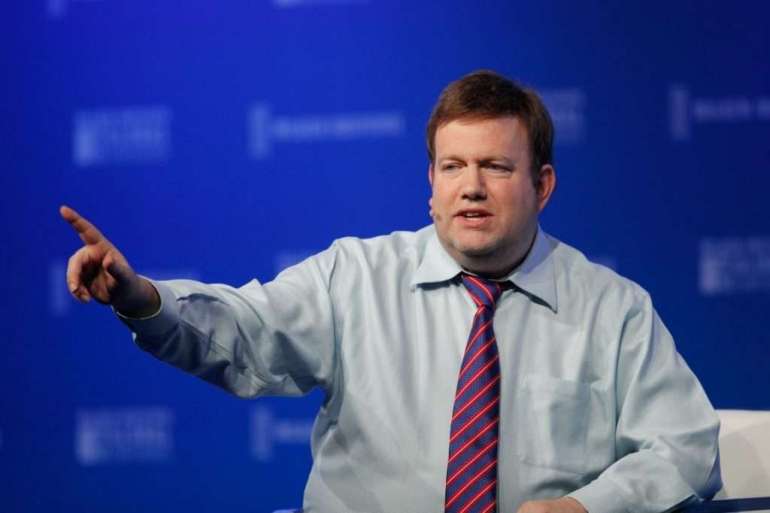 “The Biden team didn’t ask me for anything. They simply said, ‘Whatever you find, we want to know,’” Luntz said. “This is more than Trump did. Trump did not care about the research we started to do. The [Trump] White House wasn’t interested in it, he didn’t promote it.”

Slavitt, who said he was the first to reach out to Luntz in the early days of the administration, credited Luntz for providing copious details of focus group research that showed the most effective ways of talking to people about the safety of Covid vaccines.

“The cable networks in particular were using language that was not helping the cause,” Slavitt said in an interview. “His whole point is that, you hear CNN say ‘Republicans, conservatives aren’t getting vaccinated, they’re vaccine hesitant.’ It becomes a self-fulfilling prophecy and it creates a wedge, it talks down to people. And that was not helpful.”

A fixture of Republican politics since the days when he was advising lawmakers to call the “estate tax” the “death tax,” Luntz has become a bit of a nomad in recent years. He maintains allies in the GOP but also claimed in 2019 to have had an epiphany on climate change, after advising Republicans for years on how to beat back legislative efforts to address it.

He is perhaps the only operative in Washington who has both rented a room to House Minority Leader Kevin McCarthy and advised the Biden White House. For the former, Fox News host Tucker Carlson attacked him this year, arguing that McCarthy was compromised by Luntz’s corporate clients after renting a room in his home.

Asked if news of his relationship with the White House would only further ruffle feathers with conservatives like Carlson, Luntz responded, “I don’t care.” He emphasized each word.

While Slavitt said Luntz’s research was useful, he also said that the framework he provided was one the White House had already been adopting. In the end, it solidified their belief that a hyper-local strategy to encourage vaccinations — which included having doctors reach out to their patients about the vaccine — was the right one.

“The question we were asked the most coming in was, ‘Why aren’t you getting out there with political leaders, talking about this with movie stars, sports stars?’ and all of the research we heard — including from Frank — told us it was the local conversations with doctors and Trump people that were more important,” Slavitt said. “I want to make clear, we called and talked and listened to a lot of people, I don’t want to overstate it. But of the people we talked to he was among the best.”

The advising was on a volunteer basis, said Slavitt, who now hosts a Podcast called “In the Bubble” in which he recently had Luntz on as a guest. He said that the public-health oriented de Beaumont Foundation paid for the Luntz focus group work that the White House was able to use.

Though he informally advised the White House, Luntz on Wednesday said he was critical of Biden’s door-to-door strategy — one where community members like pastors or grassroots activists attempt to explain the benefits of the Covid vaccine and tell people how to access one. While the White House has been using some aspect of this strategy for weeks, the president and Press Secretary Jen Psaki recently highlighted the efforts as a way the administration was tackling the rapid-spreading Delta variant.

Luntz did, however, credit the White House for trying different approaches. Another one he suggested was for Biden to directly call on his predecessor, Donald Trump, to get more involved.

“I think Joe Biden needs to say explicitly, ‘President Trump, tell your people to get vaccinated … If you won’t, explain why. And if you won’t, stop trying to take credit for developing the vaccine because what good is the vaccine if people won’t get it,’” said Luntz.

Luntz also offered some suggestions based on his latest focus group findings, which show an effective way to reach reluctant populations is through deploying grandparents to talk to their grandkids and local pharmacists to talk to their patients.

“You gotta keep trying,” he said. “Because success saves lives.”