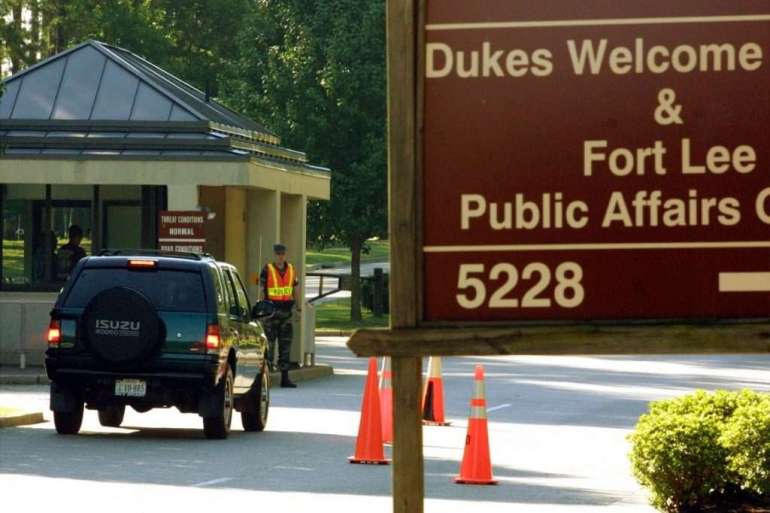 Pentagon press secretary John Kirby said Fort Lee will briefly host up to 2,500 applicants and their families who have completed the security vetting process. While at Fort Lee, Kirby added, they will be able “to safely complete the final steps” of the process, including final medical screenings and other paperwork. Kirby added that the Defense Department is looking at potentially housing some of the 2,500 at separate military installations, but declined to share additional details.

President Joe Biden announced this month that evacuation flights from Afghanistan would begin in late July. The Afghans are seeking refuge in the U.S. through the Special Immigrant Visa program, which has enjoyed bipartisan support since its creation for Afghan nationals in 2009.

The group heading to Fort Lee includes 700 who qualify for the SIV program; the remaining 1,800 Afghans are their family members.

The Pentagon expects the Afghan nationals will stay at Fort Lee for a only few days before heading to their final destinations in the United States, Kirby said. During that time, the department will be responsible for providing housing for individuals and families, food and water, medical care if needed, and “as much comfort as we can provide them in the short span of time that they are going to be there,” Kirby said. This potentially includes ensuring access to religious facilities.

The administration is still working out how the Defense Department and the State Department will split the bill, Kirby said.

The special visa program has seen significant backlogs in recent weeks, raising the urgency of evacuating the applicants and housing them in other countries or on the U.S. mainland as they await State Department approval of their paperwork. Overall, there are 18,000 applicants in the pipeline.

Lawmakers who have been pressing the Biden administration for a more concrete plan to evacuate the Afghan allies cheered the decision.

“This is welcome news,” said Rep. Michael Waltz (R-Fla.), a former Army Green Beret who worked with Afghan interpreters when he served in the country. “But we still need to see details on how the Biden administration will get SIV applicants and their families out from across Afghanistan now that we have no bases or military transportation.”

The House is set to vote this week on legislation to allow applicants to be approved for special visas more quickly.

The White House said on Monday that Biden supports that legislation, adding that it “will assist in our efforts to streamline the application process by removing or revising some statutory requirements the administration has found to be unnecessary and burdensome, while maintaining appropriate security vetting, and by increasing the total number of visas available to help meet the demand.”

POLITICO reported last week that the Biden administration was in talks with the government of Uzbekistan to temporarily house the applicants. The U.S. was also discussing the matter with Tajikistan’s government, but a congressional source briefed on the matter said that country was a “no-go.”

The U.S. withdrawal from Afghanistan is nearly complete. U.S. Central Command said last week that it had finished 95 percent of the pullout.

Over the weekend, representatives from the Afghan government and the Taliban met in Doha as the fighting between Afghan troops and Taliban members has escalated. Price said on Monday that the U.S. “welcomes” the talks, adding: “Only a negotiated settlement can bring a lasting end to over 40 years of conflict in Afghanistan.”

Quint Forgey and Lara Seligman contributed to this report.