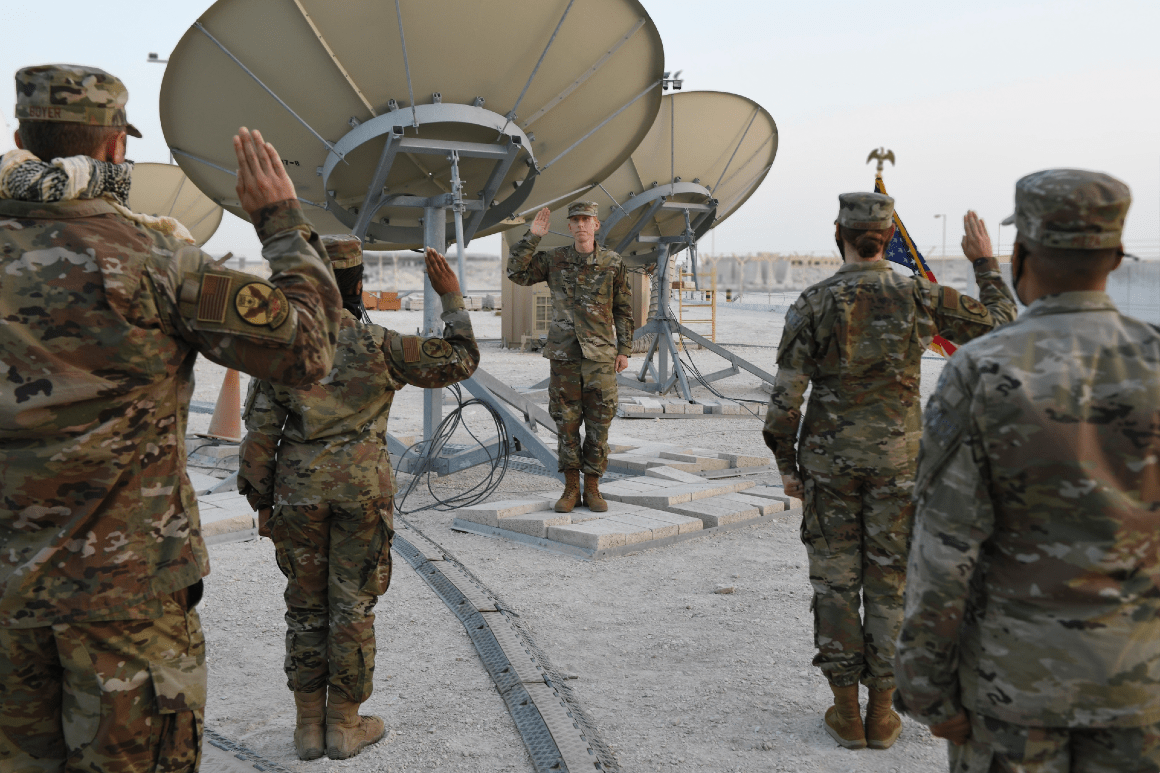 The Qatar and Kuwait arrangements are “basically done deals,” said the congressional source, adding that the armed services committees have been informed of the plan.

The Biden administration is also looking at U.S. bases elsewhere in the Middle East, Europe and the Asia-Pacific to house additional applicants at different stages in the process, one of the officials said.

Joe Biden is withdrawing all U.S. troops from Afghanistan in favor of a new diplomatic strategy, but recent military gains by the Taliban are complicating peace negotiations.

“We’re still engaged in diplomacy with a number of countries,” a State Department official said.

The Biden administration has come under intense bipartisan pressure in recent weeks to fast-track about 18,000 pending applications for the Special Immigrant Visa program as the U.S. combat presence in Afghanistan winds down.

Afghans who aided the U.S. military during the nearly 20-year conflict served as translators and interpreters. They’re increasingly being targeted for retribution by the Taliban as the militant group makes rapid gains in Afghanistan amid the U.S. withdrawal. The intelligence community has assessed that the country could fall to the Taliban in as little as six to 18 months, one of the U.S. officials said.

POLITICO reported last week that the Biden administration was also in talks with the government of Uzbekistan to temporarily house a portion of the applicants. Officials had also discussed the matter with Tajikistan’s government, but that country was a “no-go,” POLITICO reported.

Pentagon Press Secretary John Kirby confirmed on Monday that the first round of applicants and their families will be housed at Fort Lee for a few days, where they will be able “to safely complete the final steps” of the process, including final medical and administrative checks. Once the process is complete, they will be resettled in the U.S.

The group heading to Fort Lee includes 700 applicants under the Special Immigrant Visa program, which has enjoyed bipartisan support since 2009; the remaining 1,800 Afghans are their family members.