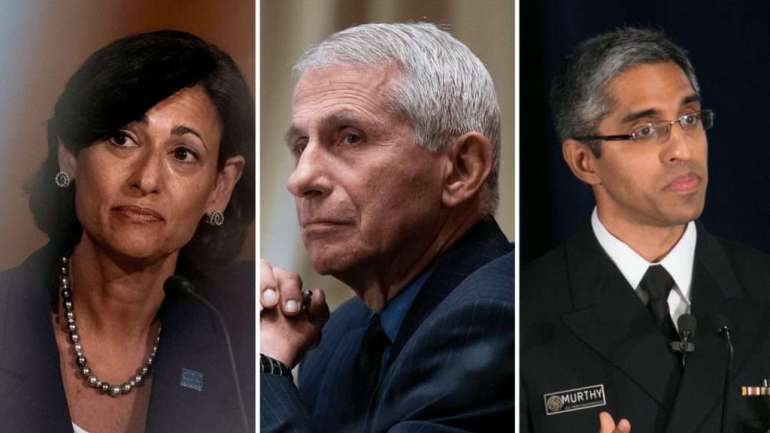 “The CDC hasn’t changed, and the CDC hasn’t really flip-flopped at all,” Fauci told MSNBC in an interview. “What’s happened is that when that earlier recommendation was made, we were dealing predominantly with the Alpha variant,” as opposed to the highly transmissible Delta variant.

“The data are clear,” Fauci continued, that when a person who has been vaccinated becomes infected with the Delta variant in a so-called breakthrough infection, “the level of virus in their nasopharynx is about 1,000 times higher” than infection via the Alpha variant.

“It has been well-documented that — even though it’s a rare occurrence — those individuals can and have transmitted the virus to uninfected individuals,” Fauci said. “And for that reason, the recommendations and the guidelines have been changed.”

But Fauci noted that the changed CDC guidance was not only meant to benefit unvaccinated Americans. He said “people don’t fully appreciate” that unfettered circulation of the virus among unvaccinated individuals would give it an opportunity to mutate into a form more dangerous than the Delta variant — a new iteration of the virus that “even the vaccinated people may not be able to handle.”

CDC Director Rochelle Walensky, seeking to explain her agency’s shift on masking, said Wednesday that when vaccinated people experienced breakthrough infections with prior coronavirus variants, “we didn’t see the capacity of them to spread the virus to others.”

“But with the Delta variant … we have been seeing that if you happen to have one of those breakthrough infections, that you can actually now pass it to somebody else,” Walensky told CNN in an interview.

“That was the new science that prompted the guidance,” she said, adding that the new recommendation was “weighed heavily” by federal health officials: “I know that this is not a message America wants to hear.”

Breakthrough infections remain relatively rare — roughly one or two cases out of every 20 vaccinated individuals, Walensky said — and their negative health effects for people who have already gotten their shots are comparatively mild.

Still, “they could bring it to others,” Walensky said. “They think they’re protected in terms of transmission. And we felt it was important that they know and understand — parents, families of immunocompromised people, families at risk of severe disease — that they should protect themselves so that they don’t bring that disease home.”

Both Walensky and Fauci also pushed back against criticism of one of the most controversial aspects of the new CDC guidance — the agency’s recommendation that local officials encourage universal masking indoors at schools for all teachers, staff, students and visitors, regardless of vaccination status.

Walenksy said it was “really important for people to understand that this is not a benign disease in kids, compared to other diseases that our kids see.” She reported that the mortality rate for Covid-19 among children over the past year was “more than twice the mortality rate that we see in influenza in a given year.”

“We have about 400 deaths among children right now with Covid-19,” he added. “So we shouldn’t make the false assumption that it’s okay for kids to get infected. … We need to protect the children.”