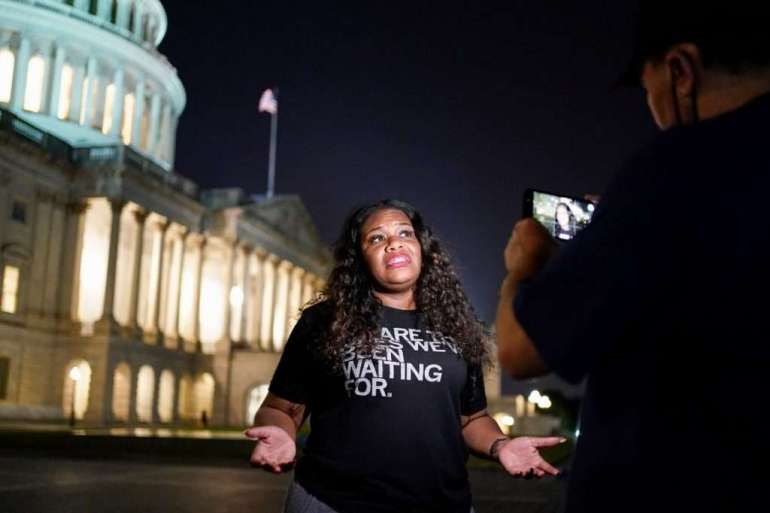 “Extending the eviction moratorium is a matter of life and death for the communities we represent,” they said.

The letter marked the latest escalation of tensions among Democrats after the White House announced Thursday that Biden would let the moratorium lapse and that it would be up to Congress to extend it. House Democrats who support the eviction ban scrambled to pass legislation to keep it alive, but faced resistance from at least a dozen members of their own caucus.

The Biden administration has said that it did not extend the moratorium implemented by the Centers for Disease Control and Prevention because of a Supreme Court ruling last month that indicated a majority of justices believed the CDC exceeded its authority.

Millions of Americans who have struggled to pay bills during the pandemic now face the risk of eviction in the days to come. Landlords opposed the ban, which they said cost them billions of dollars per month.

The situation has been made even more dire by state and local bottlenecks that have slowed the distribution of $46.5 billion of rental assistance approved by Congress.

Biden’s decision on evictions has opened a rift with liberal Democrats. Pressley, Bush and Omar spent Friday night outside the Capitol to protest the impending lapse.

“We are only hours away from a fully preventable housing crisis,” Warren said in a speech on the Senate floor.