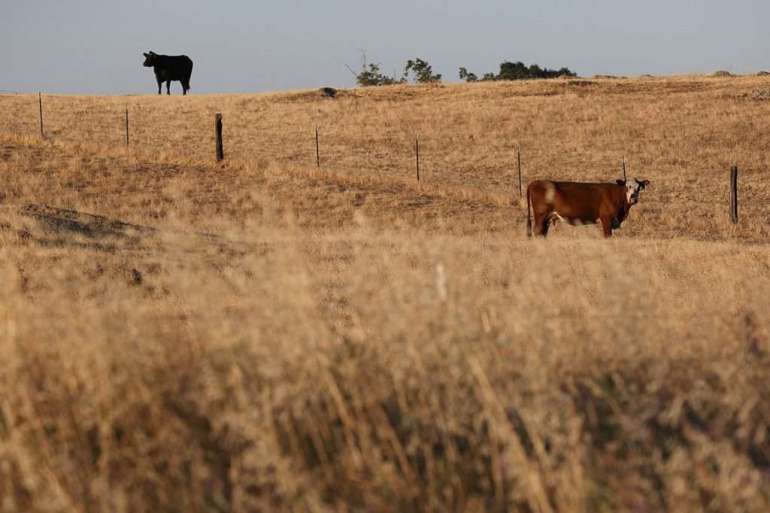 Tennessee’s Herd Health program began in 2019 under Lee, whose family business, Triple L Ranch, breeds Polled Hereford cattle. The state currently reimburses participating farmers up to $1,500 for vaccinating their herds, handing out $492,561 over the past two fiscal years, according to documents from the Tennessee Agriculture Department.

Lee, who so far has avoided drawing a serious Republican primary challenge in his 2022 reelection bid, has been accused of complacency in the face of the deadly pandemic. Tennessee’s vaccination rates for Covid-19 hover at 39 percent of its total population, versus over 49 percent nationally for the fully vaccinated. The state’s Covid hospitalizations have more than tripled over the past three weeks and infections have increased more than five-fold.

Speaking at the Tennessee Cattlemen’s Association annual conference on Friday, Lee said he did not think incentives were very effective, WBIR-TV reported. “I don’t think that’s the role of government,” he added. “The role of government is to make it available and then to encourage folks to get a vaccine.”

In an emailed reply to a question about the contrast to incentivizing vaccination for cattle, spokesperson Casey Black wrote, “Tennesseans have every incentive to get the Covid-19 vaccine – it’s free and available in every corner of the state with virtually no wait. While a veterinarian can weigh in on safely raising cattle for consumption, the state will continue to provide human Tennesseans with Covid-19 vaccine information and access.”

After Ohio’s Republican Gov. Mike DeWine announced the state’s Vax-a-Million lottery on May 12, with prizes that included $1 million and full college scholarships, many other states around the country followed suit with their own incentives. They include custom outfitted trucks in West Virginia, annual passes to the state parks in New Jersey, and gift certificates for hunting and fishing licenses in Arkansas. Last week, President Joe Biden joined the call for incentives, encouraging state and local governments to use federal funds to pay people $100 to vaccinate.

But Lee has avoided employing any of those tactics and has maintained throughout the pandemic that the decision to vaccinate against Covid-19 is a personal choice.

“We want to encourage Tennesseans to talk to their doctor, to talk to their clergy, to talk to their family members, the trusted voices in their life, in order for them to make a personal decision about whether or not to pursue getting the vaccine,” he told reporters recently, “but we encourage that because it is the tool that will most effectively allow us to manage this virus.”

Lee was vaccinated against Covid-19 but didn’t publicize it, as he did when he received his flu shot.

More recently, Lee’s administration has been under fire after the state’s vaccination chief was terminated in what she has called an attempt to appease GOP legislators who were outraged over Covid-19 vaccination outreach to minors. At a hearing in June, one Republican lawmaker called an ad promoting vaccination for teenagers “reprehensible” and some went so far as to suggest they might pull the Health Department’s funding.

Dr. Michelle Fiscus has been vocal about what she thinks are the political motives for her firing, sharing her positive performance reviews with the press. Fiscus also called out the Health Department for halting outreach for all childhood vaccinations, not just Covid-19. The department has since restarted outreach, but says it is only targeting parents.

Lee was initially silent on the controversy. Then, at a recent news conference, Lee said he supports Health Commissioner Lisa Piercey and her decisions, although he said he doesn’t have a direct hand in them.

Jason Martin, who has been treating Covid-19 patients in Sumner County since the beginning of the pandemic, has been so disappointed in the state’s response that he is exploring running for governor himself. The Democrat wishes Lee would be “excited about incentivizing Tennesseans to take a safe, effective, live-saving vaccine,” he said. “It would help us beat Covid, keep our businesses open and thriving, get our kids back to school safely.”

Black, Lee’s spokesperson, would not answer a question about whether the governor’s family farm received money from the Herd Health program, but records from the Agriculture Department do not show anyone with the last name Lee as a recipient.