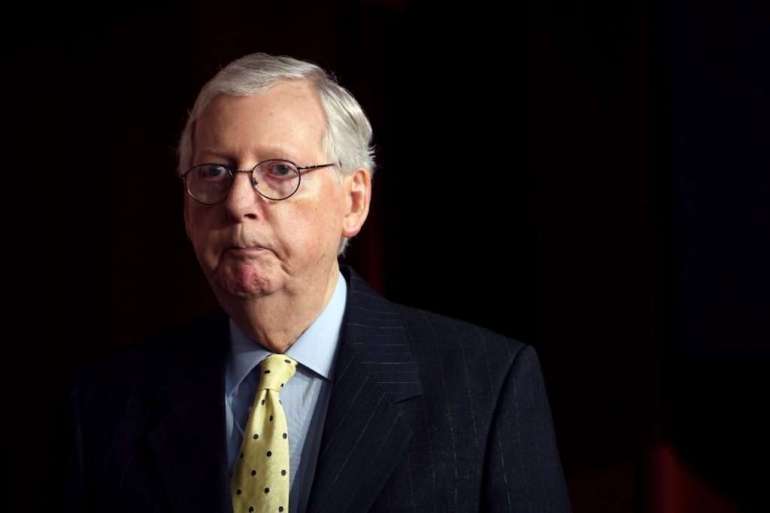 Notably, McConnell did not mention the possibility of GOP cooperation when it comes to a debt ceiling suspension — a much more palatable strategy deployed by both parties in recent years that essentially pauses the issue until a later date. Two years ago, Republicans and Democrats struck a budget deal with former President Donald Trump’s administration that suspended the debt limit until July of this year.

As soon as this weekend, Democrats will take up the $3.5 trillion budget resolution that kicks off consideration of their massive party-line spending bill, which would make enormous investments in health care, climate change and more. The resolution unlocks the reconciliation process, which will allow Democrats to pass the liberal package without GOP support.

Democrats could also use that privileged process to raise the debt ceiling without Republican votes. But POLITICO reported on Wednesday that Democrats are likely to exclude language on raising the cap in their budget framework, instead forcing Republicans to negotiate on the high-stakes issue alongside a government funding deadline at the end of September.

The decision comes as moderate Democrats hesitate to embrace a debt hike when the federal tab already tops $28 trillion. The reconciliation process will also take time and could drag into the fall — a potential problem since Treasury Secretary Janet Yellen has already warned that the nation could reach its breaking point by mid-September. The Congressional Budget Office recently predicted that Treasury will run out of money in October or November.

Instead, Democrats are daring Republicans to return from August recess and oppose bipartisan action on government spending and the debt limit with just days to spare, risking blame for a government shutdown and catastrophic debt default. GOP lawmakers have so far insisted that they’ll demand reforms to federal spending practices in exchange for action on the debt ceiling.

Such a game of “chicken … would be highly irresponsible on their part,“ Romney said, “and dangerous for them to not do what they can do by themselves.”

But Sen. Mark Warner (D-Va.), a moderate member of the Senate Budget Committee, noted on Wednesday that both parties agreed under Trump to not “mess with the full faith and credit of the United States of America.”