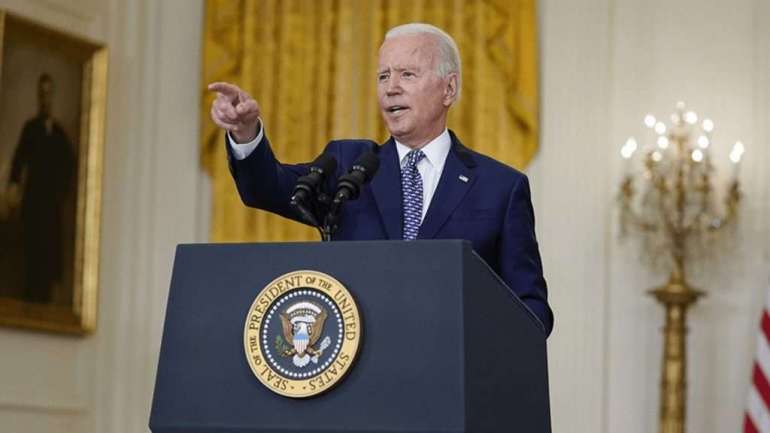 Biden said that women should be believed when they make accusations about sexual harassment and sought to emphasize that he was responding to a question about Cuomo’s job on infrastructure. Collins interjected to say Biden was asked more broadly about Cuomo’s work as governor. The muddied back and forth continued on as Biden criticized the line of question.

“The question was — correct me if I’m wrong,” Biden said.

“How was he as a governor, generally — outside of his personal behavior?” another reporter chimed in.

“Outside of his personal behavior, OK,” Biden said.

“Can you separate the two?” Collins said.

“No. I was asked a specific question,” Biden said.

Cuomo’s resignation came just a week after New York Attorney General Tish James released a damning report that found sexual misconduct allegations against the governor from 11 women were credible. Tuesday morning, he announced plans to step down in 14 days and be replaced by Lt. Gov. Kathy Hochul, a fellow Democrat, who will be the first woman to be New York’s chief executive.

Despite his resignation, Cuomo vehemently denied the most serious allegations against him, and said his gut instinct was to stick it out. But with an impeachment trial looming, the governor said the proceedings would only be a distraction.

“Given the circumstances, the best way I can help now is if I step aside and let the government get back to governing,” Cuomo said in a video statement lasting about 21 minutes. “Therefore that’s what I’ll do, because I work for you, and doing the right thing, is doing the right thing for you. Because, as we say, ‘it’s not about me, it’s about we.’”