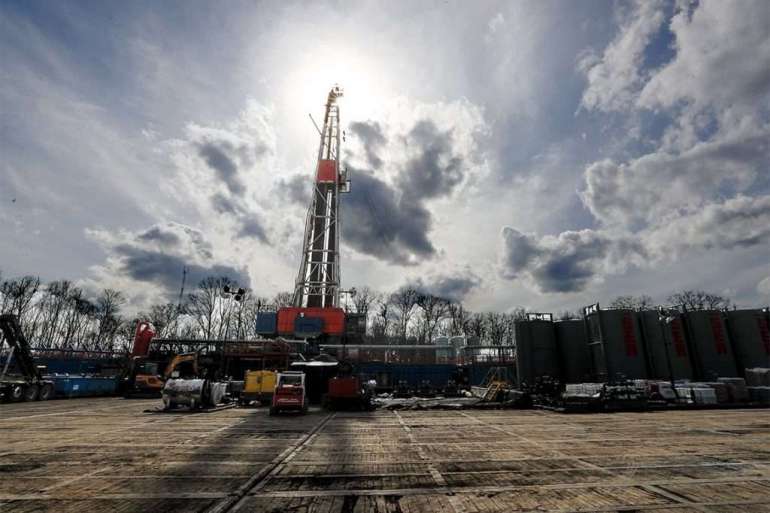 When asked if more needed to be done on capturing methane from the energy sector, Scott replied, “I don’t want to raise taxes on anybody.”

The GOP reactions to the report came from interviews with senators as they voted on the Senate infrastructure bill, which includes $550 billion in new spending for items such as strengthening infrastructure to withstand worsening natural disasters, carbon capture technology, and electric vehicle charging stations.

And every Republicans in the Senate except for Susan Collins of Maine voted against an amendment that Sen. Tom Carper (D-Del.) attached to the budget bill that called for ambitious action to address “the crisis of climate change.” The amendment passed on a 51 to 48 vote.

Sen. Mike Braun (R-Ind.), co-chair of the Climate Solutions Caucus, hadn’t yet had time to read the report, but said his colleagues should digest the findings, even if only to keep up with Democrats on the issue.

“We gotta be in the game, make sure we’re engaged in the conversation,” Braun said in an interview. “That’s why I formed the Climate Caucus. I think if they’re saying ‘No, I’m not interested,’ we’ll get outmaneuvered again on major issues.”

Sen. Sheldon Whitehouse (D-R.I.), a progressive who has long backed aggressive climate measures, said he wasn’t surprised by Republicans’ lack of urgency about the report or climate change in general.

But at least one Republican lawmaker — Sen. Jim Inhofe (R-Okla.), who has long denied that humans have had any impact on climate — said he thought the rising number of reports actually made him less likely to pay attention to the new 1,300-page assessment or its 39-page summary for policymakers.

“Every time it comes out, it’s another crisis,” he said of the U.N. climate reports. “Every time they’re wrong. I don’t know why people still take it seriously.”

Several senators said they were interested in reading the report and had seen headlines about its conclusions. But the grueling work on the bipartisan infrastructure package this week and separate reconciliation bill had kept them from it.

“I just read a couple of articles,” said Sen. Lisa Murkowski (R-Alaska), who voted in favor the bipartisan infrastructure bill. “I’ve been a little preoccupied this week.”

Sen. James Lankford (R-Okla.) echoed that. “I’ve been neck deep in infrastructure and budget stuff,” he said returning from the vote on the infrastructure bill. “I’ll take a look probably at the summary document on it.”

Asked if the headlines he had seen were cause for concern, Sen. Kevin Cramer (R-N.D.) scoffed: “I always consider the source.”

One Republican House member, Climate Crisis Committee ranking member Garret Graves (R-La.), publicly released any statement on the climate report following its release Monday, saying it “highlights the urgency of climate change, we must ensure we approach this issue the right way.”

But he added: “We must avoid policies that rely on higher taxes, increased regulations, and ensure us being under the thumb of China.”