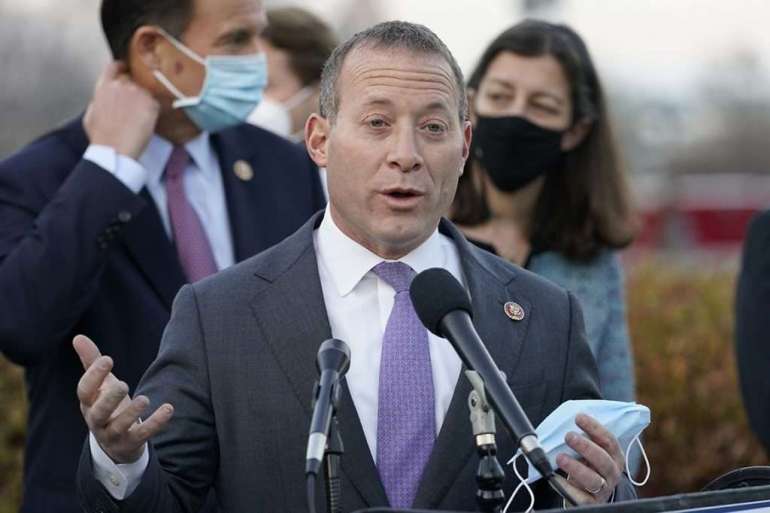 “We will not consider voting for a budget resolution until the bipartisan Infrastructure Investment and Jobs Act passes the House and is signed into law,” the group wrote.

The hard-line approach, however, has isolated at least a handful of other Democratic centrists who say they privately agree about the need to pass the bipartisan Senate bill this month, according to several people familiar with the discussions.

Several of them also worry that a delay could derail both bills. But most of those centrists have preferred working behind the scenes with Pelosi and her leadership team, urging them to speed up the timeline or to secure commitments for the broader, party-line bill.

And they say their biggest concern is missing out on an August recess messaging push that could be key to helping keep their majority, something that hasn’t been clearly articulated from the Democrats who signed onto the letter.

“We’re all getting Republican commercials playing in our district, beating us up for everything from inflation to Afghanistan,” said one House Democrat in a swing seat. “Why not deliver some really good news in the month of August?”

Pelosi can afford to lose only three votes in the House and will need near unanimity among Democrats to pass the budget resolution, which is slated for a vote when the House returns the week of Aug. 23. The House must pass the budget resolution before Democrats can move ahead with passing a massive $3.5 trillion social spending package using the filibuster protections of reconciliation.

But Pelosi’s other flank, the progressives, have balked at the idea of putting the bipartisan infrastructure bill up for a vote first, warning leadership that they have enough members prepared to vote against the Senate-passed bill to tank it on the floor.

Progressive lawmakers and senior aides argue that moderates are miscalculating on one major front: their ability to secure GOP support.

While centrists believe House Republicans would be enough to make up for liberal defections on the Senate bipartisan bill, progressives say those votes could disappear once members of GOP leadership — or former President Donald Trump — start to turn the screws.

Still, not all Democratic moderates agree. Many, even in tough, suburban districts, insist that a broader, party-line bill that secures priorities like child care and dental coverage is just as important as one that delivers money for roads and bridges.

The latest move from Gottheimer and the other Democratic centrists ups the ante for Pelosi and her leadership team, who so far have shown no willingness to budge on their two-track approach.

Pelosi reiterated her stance — emphasizing it was firm — on a private caucus call earlier this week, telling her members there was “consensus” in the caucus to not bring up the Senate infrastructure bill until the upper chamber had passed the more sweeping social spending plan.

A trio of senior House aides from the Administration, Transportation and Ways and Means committees are planning to go to the White House Friday for a meeting on how to move forward on reconciliation. The meeting was already scheduled before the centrists sent their letter.

Democrats say they’ve also noticed that Biden has stepped up his outreach this week on the broader bill, which will be passed through the reconciliation. The president promoted the plan, known as Build Back Better, in a pair of speeches this week.

“Just as Senate Democrats came together to advance both key elements of the President’s economic agenda… we are confident that House Democrats will do the same,” White House press secretary Jen Psaki said in a statement Friday.

“Both are essential, and we are working closely with Speaker Pelosi and the leadership to get both to the President’s desk.”

In addition to Gottheimer, Democratic Reps. Filemon Vela, Henry Cuellar and Vicente Gonzalez, all of Texas, as well as Reps. Ed Case of Hawaii, Jared Golden of Maine, Jim Costa of California, Carolyn Bourdeaux of Georgia and Kurt Schrader of Oregon signed the letter.

Earlier this week, the Senate passed its bipartisan infrastructure bill, with 19 Republicans joining all Democrats to support the legislation. The bill, which includes $550 billion in new spending, provides federal funding for roads, bridges, modernizing the electric grid and broadband internet, among other things.

Laura Barrón–López contributed to this report.