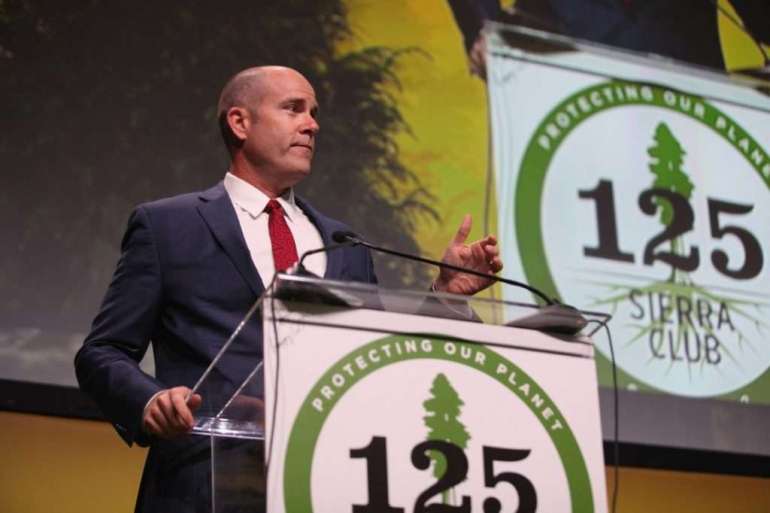 His resignation is effective at the end of the year.

The details: Brune oversaw an expansion of the 129-year-old group’s scope to include social justice, labor rights and racial equity, pushing the traditionally conservation-minded organization to embrace progressive policies.

He also openly repudiated the Sierra Club’s past dalliances with the natural gas industry, including a long-secret arrangement — which Brune exposed in 2012 — in which the group accepted $26 million of industry money while promoting natural gas as a clean “bridge fuel” to renewable energy.

Brune said in a statement Friday that he was proud of the group’s work but that its “transformation is not yet complete and I regret that I was not able to do more.”

“As with other legacy institutions across our society, the challenges of transforming this organization are immense,” Brune said. “We are not the organization we were ten years ago, with fundamental changes in how we fundraise for allies, how we participate in coalitions, how we budget and how we share power. Nevertheless, those changes and many others haven’t been sufficient, and haven’t happened at the pace or scale required.”

Brune also said that he and the organization’s board of directors “bear the ultimate responsibility for ensuring that our staff and volunteers feel safe, supported and valued, and I sincerely apologize for any instance in which this was not the case.”

Ramon Cruz, president of the group’s board of directors, said in a statement that the organization is “incredibly proud” of its efforts over the last decade for climate action, protection of public lands, and on other critical issues.

“We are especially proud of the progress that we have made to make environmental and racial justice central pillars for our organization and for the broader movement,” he said.

The context: The Sierra Club in June called for the United States to make reparations to Black people, saying the move was needed to correct the historical wrongs that were still subjecting Black communities to disproportionately high levels of pollution and exacerbating income and health disparities.

The organization has confronted its own racist past in recent years to apologize for the stances of its founder, John Muir, who based elements of his conservation on derogatory beliefs and comments about Black and Indigenous people.